The new legislation is imputed to being inconsistent with the Constitution, the appeal says. 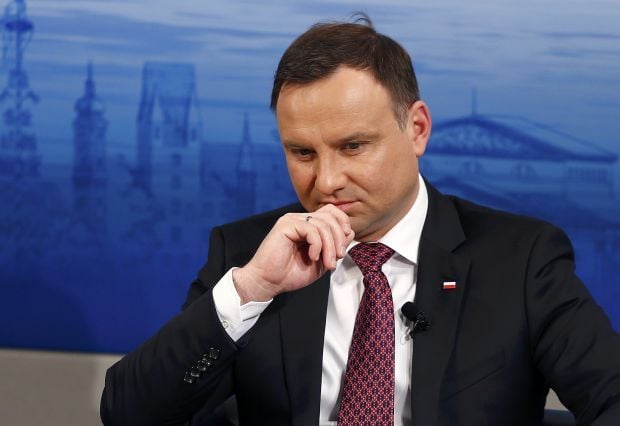 Polish President Andrzej Duda has requested that the Constitutional Court assess the constitutionality of articles of the recently amended law on the Institute of National Remembrance, mentioning the terms "Ukrainian nationalists" and "Eastern Malopolska."

"This law is imputed to being inconsistent with the Constitution," according to the appeal published on the website of Poland's Constitutional Court.

As UNIAN reported earlier, Polish President Andrzej Duda on February 6 signed a highly controversial bill that will ban most Holocaust-related allegations against Poles as well as descriptions of Nazi death camps as Polish — raising tensions with the United States and Israel – the countries that have criticized the move.

If you see a spelling error on our site, select it and press Ctrl+Enter
Tags:UkrainePolandlawsuitDudaConstitutionalCourt