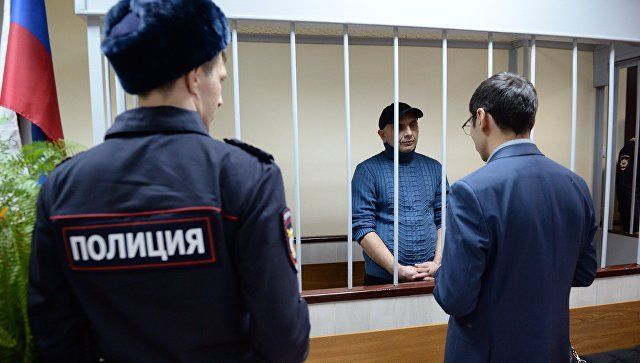 The "Supreme Court" of Russian-annexed Crimea on Friday ruled in the case of Ukrainian citizen Andriy Zakhtey, accused of plotting sabotage and illegal storage of ammunition and explosives, sentencing him to six and a half years in a high-security penal colony.

The court also ordered that the Ukrainian pay a RUB 220,000 fine. Zakhtey's lawyer Ihor Pyvovarov said that the defense would challenge the verdict in the appellate instance, Radio Liberty wrote.

The FSB also announced they had slammed down on a "Ukrainian network of agents" and arrested "saboteurs." According to the Russian special services, "one of the organizers of the hindered terrorist attacks was Yevgeny Panov. He was branded an "employee of the main intelligence directorate of the defense ministry of Ukraine".

Andriy Zakhtey was detained in the occupied Crimea on charges of the alleged conspiracy in plotting terrorist acts.

If you see a spelling error on our site, select it and press Ctrl+Enter
Tags:RussiaCrimeaUkraineverdict