Morawiecki said that Ukraine was relatively secure as long as it controlled gas transit to Central Europe. 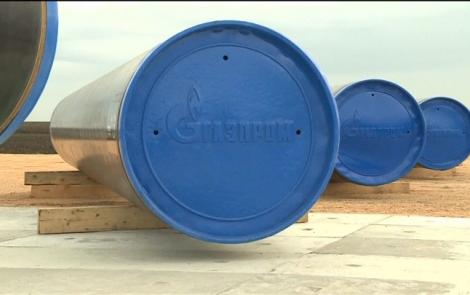 The planned Nord Stream 2 pipeline is “unnecessary, detrimental and divisive” and would make an all-out Russo-Ukrainian war more likely, German daily Die Welt cited Polish Prime Minister Mateusz Morawiecki as saying ahead of his planned visit to Berlin on Friday.

Russian Gazprom’s Nord Stream 2 project, which has been vocally opposed by Warsaw, plans to connect Russia and Germany via the Baltic Sea, bypassing Poland, Ukraine and the Baltic States, according to Radio Poland.

Morawiecki said that Ukraine was relatively secure as long as it controlled gas transit to Central Europe, Die Welt reported.

Die Welt said that, according to Morawiecki, when Nord Stream 2 starts operating and if Ukrainian pipelines are shut off, Russia would be able to escalate the conflict with Ukraine and an all-out Russo-Ukrainian war would be more likely, Die Welt said.

Read alsoPolish PM says Russia, Nord Stream-2 among main threats to his countryMorawiecki added that Europe did not need Nord Stream 2 because of interconnectors and LNG terminals which enable the continent to import 180 billion cubic meters each year, according to the German daily.

Morawiecki said last month that US Energy Secretary Rick Perry also considers Nord Stream 2 to be a threat to security in Central and Eastern Europe.

Meanwhile, the European Parliament’s work on new laws which could hinder the development of Nord Stream 2 has been delayed.

Read alsoEnergy expert on TurkStream: Putin's goal to deprive Ukraine of transit state statusUnder the planned laws, which had been expected to go to a vote this month, the entire length of the pipeline which will run under the sea would explicitly be subject to EU law.

Some MEPs have said that work on the regulation has been too fast. But a group of Polish MEPs said that criticism of the speed of the work was itself an attempt at slowing the law’s implementation so that it does not affect Nord Stream 2.

If you see a spelling error on our site, select it and press Ctrl+Enter
Tags:RussiawarUkrainePolandNordStream2Morawiecki