The interlocutors emphasized the importance of sanctions policy against Russia until the territorial integrity and sovereignty of Ukraine are restored. 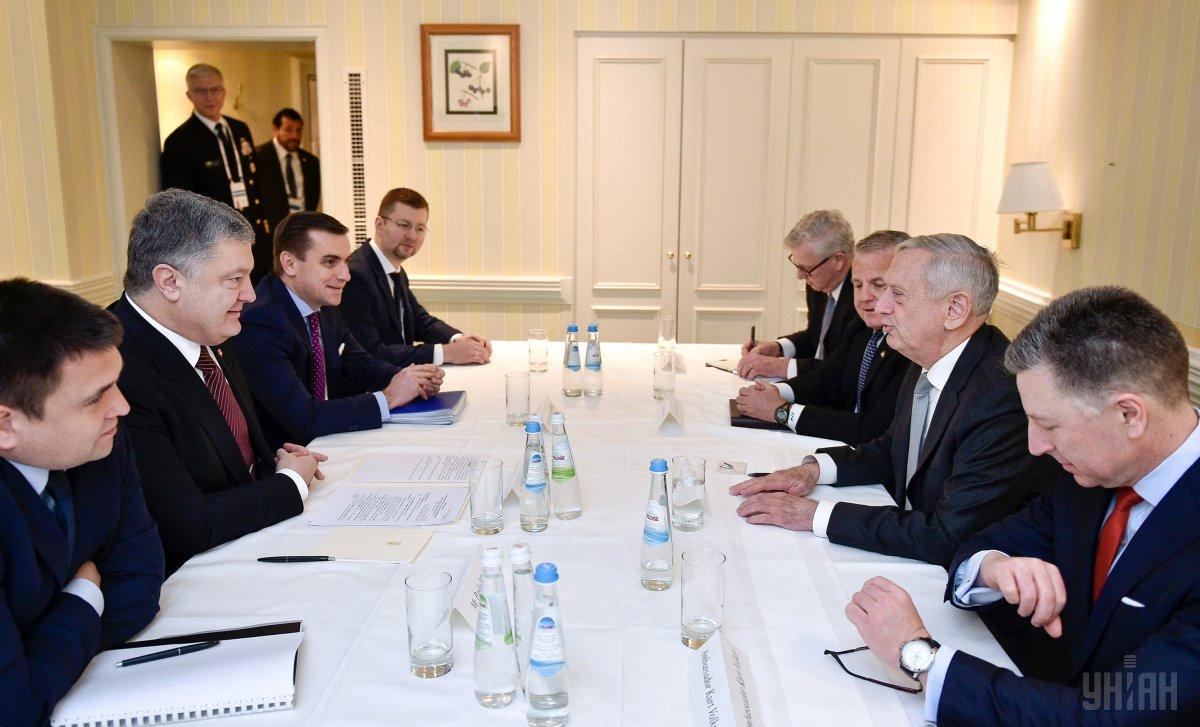 Ukrainian President Petro Poroshenko on Saturday met with U.S. Secretary of Defense Jim Mattis in the framework of the Munich Security Conference, during which the parties discussed the situation in Donbas.

"The two sides discussed the situation in Donbas and expressed their concern over the ongoing attempts of Russia and its supporters to undermine the peace process," the presidential press service reports.

Poroshenko expressed gratitude for the firm position of the U.S. in support of Ukraine's sovereignty and territorial integrity.

Read alsoPoroshenko: "Russian world" turns everything it touches into ruin and decline"People in Ukraine believe in the leadership of the U.S. in the reinforcement of transatlantic front of counteraction to the Russian aggression and the attempts to destabilize the world's legality and order," the president said.

They also discussed the need to deploy a United Nations peacekeeping mission in Donbas in accordance with the UN principles and the goals of the Minsk process.

The interlocutors emphasized the importance of sanctions policy against Russia until the territorial integrity and sovereignty of Ukraine are restored.

Poroshenko expressed appreciation for Washington's important decisions on strengthening the capabilities of the Armed Forces of Ukraine and Ukraine's defense capability. Washington's latest decisions are a signal against any intentional escalation of the situation in Donbas, which, due to Ukraine's new defensive capabilities, will increase the price of such an aggression.

Mattis reaffirmed commitment of the United States to restore Ukraine's sovereignty and territorial integrity and noted a significant progress made by Ukraine in reforming the security and defense field.

The parties discussed further steps to strengthen Ukraine's defense capability and noted the priority of the development of strategic partnership between Kyiv and Washington.

If you see a spelling error on our site, select it and press Ctrl+Enter
Tags:DonbasPoroshenkoMattisMunichSecurityConference