The two officials discussed implementation of the Minsk accords – 2014 and 2015 peace deals that have failed to stem the violence in eastern Ukraine. 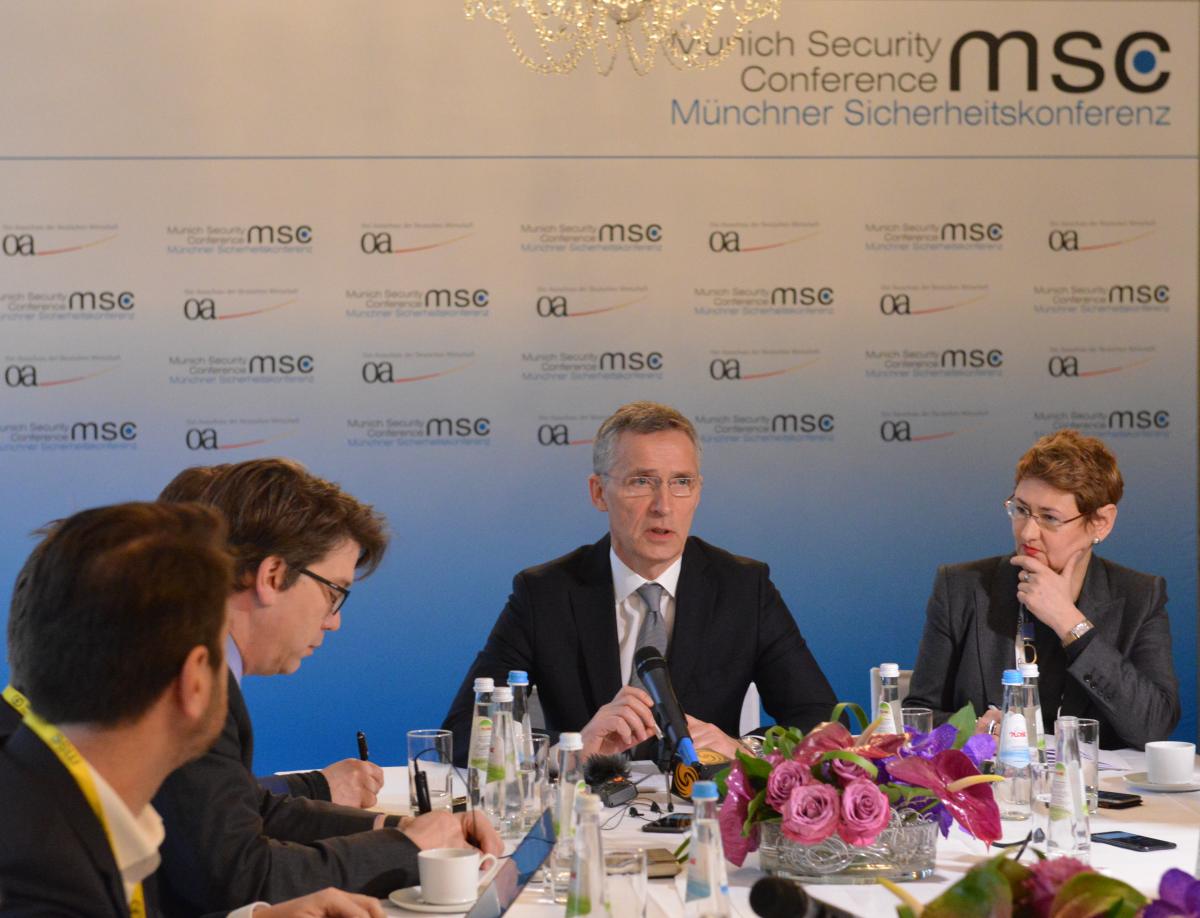 NATO Secretary-General Jens Stoltenberg says he has seen little progress in talks about a UN peacekeeping mission in eastern Ukraine.

Stoltenberg made the comments during a February 17 roundtable following his meeting with Russian Foreign Sergei Lavrov on the sidelines of the Munich Security Conference, an annual gathering of world leaders, senior officials, and policy experts, Radio Liberty reported.

"It remains to be seen if it's possible," Stoltenberg said of the proposal to deploy a UN peacekeeping force to end fighting between Russia-backed separatists and Kyiv's forces in eastern Ukraine.

Read alsoPoroshenko, Mattis discuss situation in DonbasDiscussions of the proposal ramped up in September after Russian President Vladimir Putin suggested deploying such a mission along the line separating the Ukrainian military and the separatists.

But common ground on the issue has proved elusive.

Ukraine and the West worry that a peacekeeping force along the front line rather than the Russia-Ukraine border would cement Moscow's control over separatist-held areas and allow Russian fighters and weapons to continue to flow into Ukraine.

Stoltenberg, who described his meeting with Lavrov in Munich as "useful," said it was "too early to say" what kind of solution could be reached on the issue of UN peacekeepers in Ukraine.

He added that the two officials discussed implementation of the Minsk accords – 2014 and 2015 peace deals that have failed to stem the violence in eastern Ukraine – and that the conflict in Ukraine is the primary reason for the "deterioration" of NATO-Russia ties.

If you see a spelling error on our site, select it and press Ctrl+Enter
Tags:RussiaUkraineNATOStoltenbergLavrovMunichSecurityConferenceUNpeacekeepingmission