The law states that Russia shall be held liable for moral, financial or physical damage inflicted on the state of Ukraine, government authorities and local self-government agencies, individuals and legal entities. 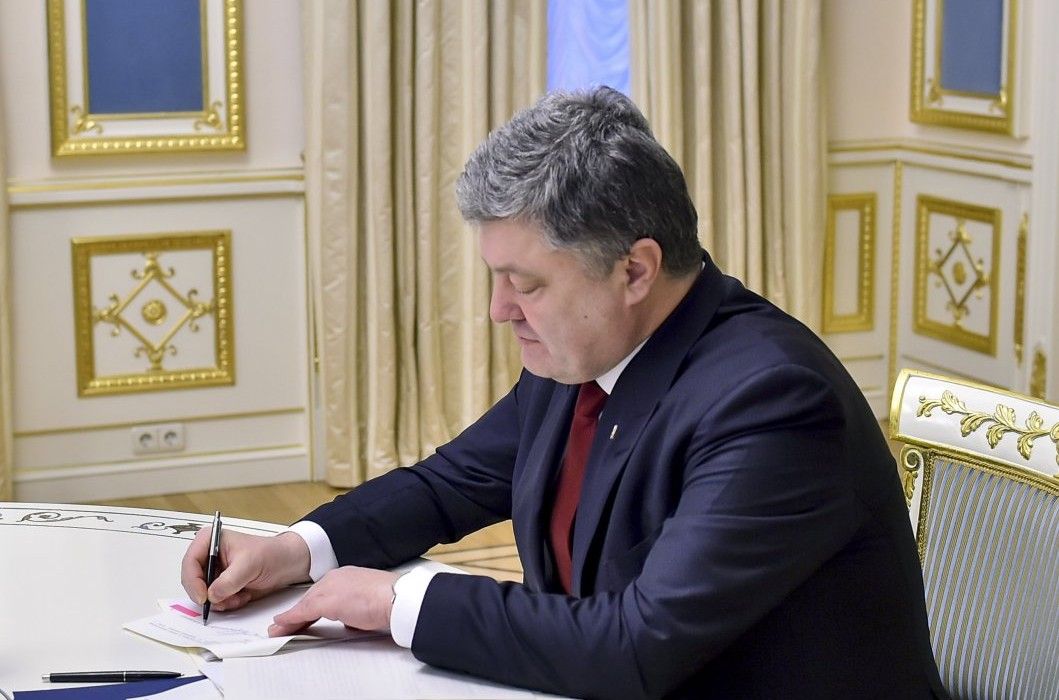 Ukrainian President Petro Poroshenko has signed a bill on Donbas re-integration into law, which designates Russia as an aggressor state.

An official ceremony to sign the document took place at a meeting of the military cabinet of the National Security and Defense Council (NSDC) of Ukraine.

Read alsoTurchynov: Ukraine cannot declare war on Russia"As I promised, I am signing the law on the re-integration of Donbas today. Not a single letter of it violates Ukraine's international obligations, including the Minsk agreements," the president said on Tuesday, February 20.

Parts of Ukrainian territory where armed formations of the Russian Federation and the administration of the Russian occupation have established and exercise general effective control have been designated as temporarily occupied areas in Donetsk and Luhansk regions.

The law says that activities of the armed formations of the Russian Federation and the administration of the Russian occupation forces in Donetsk and Luhansk regions are considered to be those that contradict international humanitarian law and are illegal.

The law states that Russia shall be held liable for moral, financial or physical damage inflicted on the state of Ukraine, government authorities and local self-government agencies, individuals and legal entities.

According to the law, the launch and completion of measures to ensure national security and defense, repel and deter Russia's armed aggression in Donetsk and Luhansk regions shall be enacted by separate decisions by the President of Ukraine.

NSDC Chief Oleksandr Turchynov said the law significantly strengthens Ukraine's positions in international courts and tackles attempts by the Russian Federation to disguise the war against Ukraine as a "peacekeeping operation." The law also expands the use of the Armed Forces of Ukraine to repel Russia's armed aggression, he added.

In turn, Poroshenko insists that the law does not contradict the Minsk agreements, and Moscow's reaction confirms that it is a right law.

If you see a spelling error on our site, select it and press Ctrl+Enter
Tags:PoroshenkolawDonbasReintegration