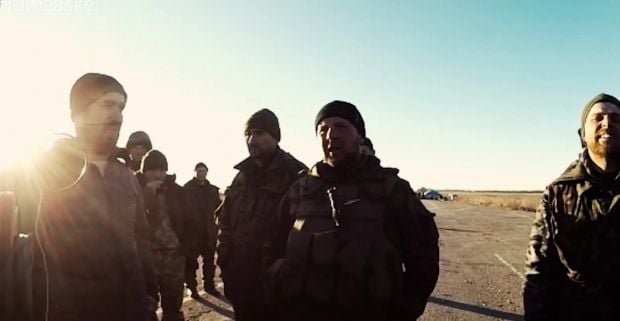 Speaking at a press briefing in Kyiv, National Security and Defense Council Information-Analytical Center spokesman Andriy Lysenko said the withdrawal from checkpoint No. 32 at Smile (pronounced “smee-leh”) was a “planned relocation.”

However, he said that the Smile checkpoint was “no longer considered a checkpoint of the Ukrainian armed forces,” implying that the militants, who had been besieging the postion since mid-October, had finally gained control over it.

Lysenko said the withdrawal of Ukrainian troops passed without loss of personnel and equipment. He said the soldiers would now be granted leave and would be given “psychological counceling.” He said 10 Ukrainian soldiers had been killed during the defense of the checkpoint, and that several other bodies were to undergo identification.

Fierce fighting over the checkpoint had raged for several weeks, and it was reported several times that the position had been surrounded by militants. The NSDC denied those reports.

Lysenko said the NSDC had no information about the amount of territory lost to the militants due to the Ukrainian forces’ withdrawal from the checkpoint. He said the operation to withdraw the National Guard troops from the checkpoint was a planned relocation to redeploy troops, weapons and equipment to secure a perimeter for the further implementation of combat missions.