With 90% of vote counted, Poroshenko Bloc closing in on Popular Front

With 90% of the votes counted, the Popular Front was still in first place in the vote count for Ukraine’s parliamentary election on Tuesday afternoon, but the Bloc of Poroshenko was narrowing the gap, Central Election Commission officials have told UNIAN. 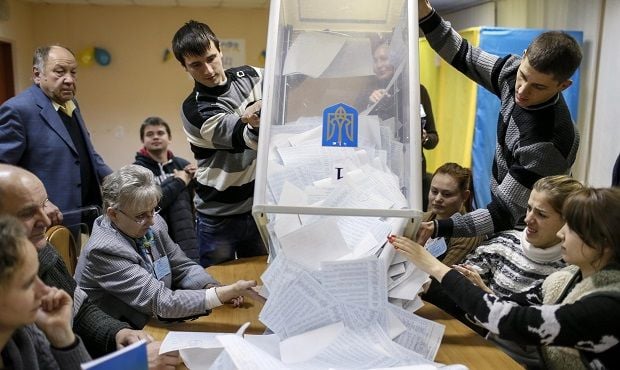 The right-wing Svoboda Party is still failing to break the 5% vote threshold to win seats in the Rada. Its current vote share is still only 4.71%.