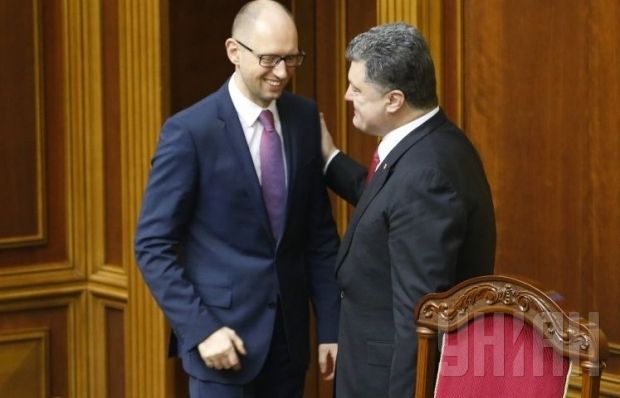 The agreement also sets out a plan for the consideration of a range of new legislation, Ukrainska Pravda said.

According to the agreement, the opposition will head the committees on regulations, on freedom of expression, on Culture and Spirituality, on Family, Youth and Sports, and the control commission on privatization.

In addition, the draft coalition agreement does not foresee deputy ministers being appointed from the various parties under a quota scheme, as was the previous practice.

It is also proposed to introduce the post of Secretary of State Government instead of the post of Minister of the Cabinet.

According to the draft agreement, all decisions of the government have to be countersigned by the ministers in charge of the portfolios affected by them.

Also, according to the draft coalition agreement, bills "in pursuance of the program of the coalition" can be submitted to parliament by the government, the president or deputies, subject to agreement with the Executive Committee on Reforms.

However, Ukrainska Pravda’s source said the Popular Front of Prime Minister Arseniy Yatseniuk disagrees with some of the proposals of the Bloc of Poroshenko regarding the administration of the country. On October 29, in mid-morning, the representatives of the party are to announce their position on the formation of a future coalition.

The source also reported that the negotiations on forming the coalition were difficult.

The Executive Committee on Reforms is a presidential advisory body, and is today headed by Deputy Head of the Presidential Administration Dmytro Shimkiv.