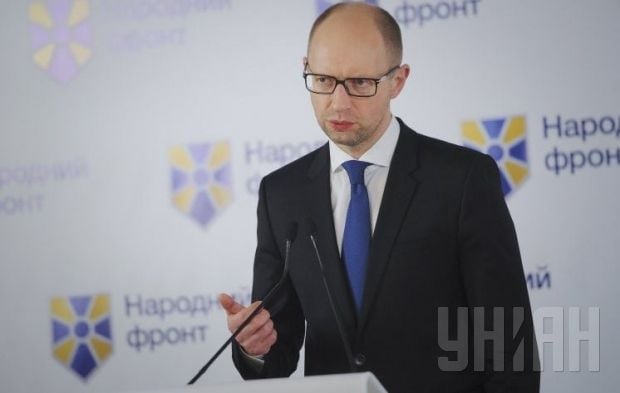 Yatseniuk has described Poroshenko as a key ally / Photo by UNIAN

He said this during a meeting of the cabinet on Wednesday, an UNIAN correspondent has reported.

"Personally I consider the president a strategic partner in the implementation of changes in the country,” Yatseniuk said.

“Responsibility for the fate of the state rests on the president and the party which holds first place in the parliamentary elections,"he said.

"[But] I also consider it necessary to invite to transparent and public talks on the formation of a coalition Yulia Tymoshenko and Batkivshyna, Samopomich, and the Radical Party, which were voted for by millions of Ukrainians," the prime minister said.