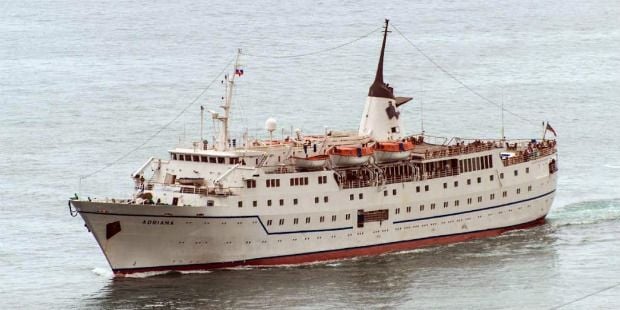 Foreign ships are calling at ports in Crimea in violation of Ukrainian law / mfaua.org

The maidan, a public activists' organization, said ships calling at ports in Crimea without the permission of the Ukrainian authorities were violating Ukrainian law and the European regime of sanctions imposed on Russia after Moscow illegally seized the Ukrainian territory in March.

In particular, the maidan said the Greek cruise ship Ocean Majesty, managed by a German tour operator, the Romanian cargo ship Adnan H, and the Russian passenger liner Adriana (sailing regular routes from the ports of Turkey to Crimea) had broken Ukrainian law.

The maidan urged the countries of origin of the vessels to respond to violations of a UN General Assembly Resolution of March 27, 2014 and the legislation of Ukraine and the European Parliament - Resolution No. 2014 / 2699 (RSP) of April 17, 2014, on Russian pressure on Eastern Partnership countries, including the destabilization of the situation in the east of Ukraine and on the pseudo referendum in Crimea.

In a letter to diplomats, the maidan said allowing ships to dock inCrimea can be regarded as direct support for the occupation and annexation of Crimea, and support for certain economic activities that damage friendship and mutual understanding between Ukraine and the European Union.

The maidan maintains a “Black List” of all companies and individuals who violate Ukrainian legislation on the annexation of Crimea.

Since Crimea was annexed by Russia in March, the maidan and the BlackSeaNews publication have recorded 117 vioations of the legislation by vessels from around the world.