The Parliament has also called for the consolidation of pressure on Russia to ensure a permanent and direct international monitoring of the situation in Crimea. 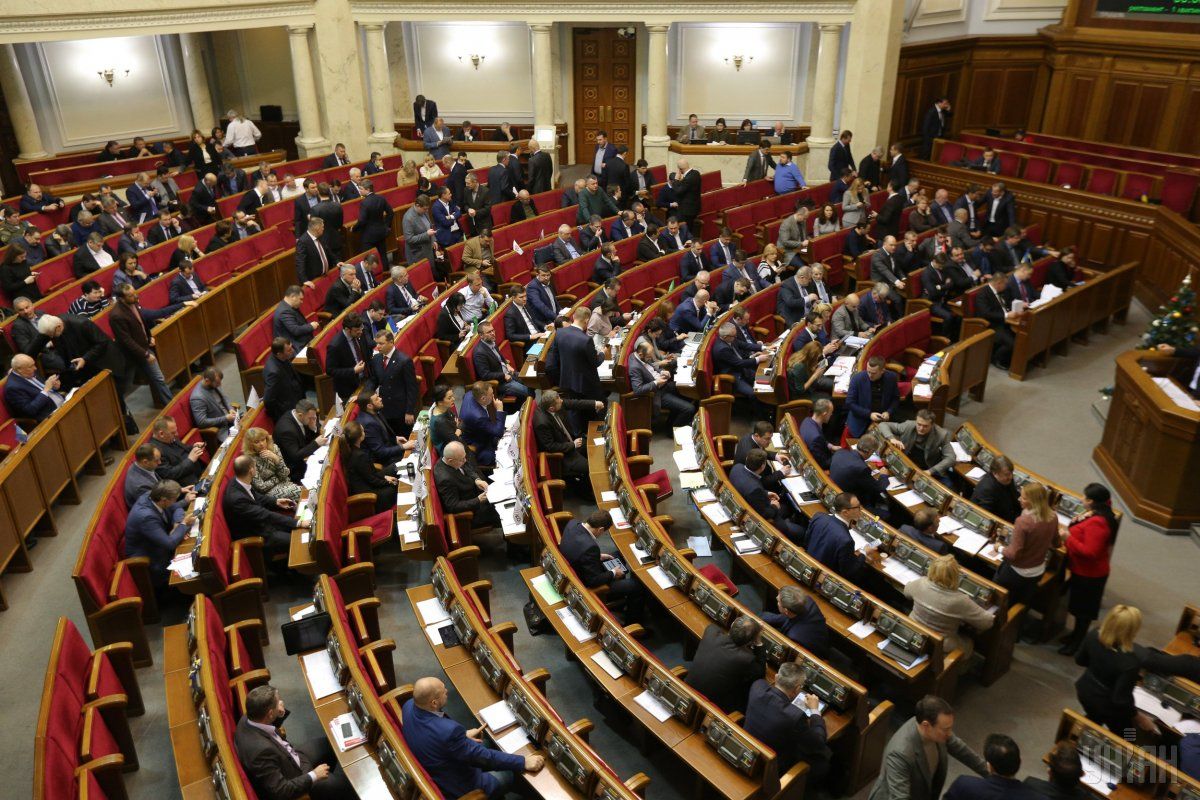 The Verkhovna Rada of Ukraine on Thursday adopted Resolution appealing to the international community in connection with the preparation of illegal holding of presidential elections in the temporarily occupied territory of Ukraine - the Autonomous Republic of Crimea and the city of Sevastopol".

As noted by an UNIAN correspondent, not a single deputy from the Opposition Bloc supported the draft.

The Resolution proposes to recognize that the intention of Russian authorities and the occupation administration to illegally hold on March 18 presidential elections in the temporarily occupied part of Ukraine - in Crimea and Sevastopol - is a gross violation of the Constitution and Ukrainian legislation, fundamental norms and principles of international law, including the UN Charter, The Helsinki Final Act, the Budapest Memorandum of 1994, Resolution 68/262 of the UN General Assembly on the territorial integrity of Ukraine, adopted on March 27, 2014, and other international legal acts, as well as a number of international treaties to which Ukraine and Russia are part.

The deputies urge, in case if the voting is held in Crimea and Sevastopol, to condemn it, refrain from sending observers to the region, including as part of international missions, as well as to note in the conclusions of monitoring missions, incl. under the auspices of the OSCE PA, the fact of illegitimate voting in the temporarily occupied territory of Crimea and in Sevastopol, which significantly distorts the results of the general vote across Russia.

Read alsoTurchynov: Putin could use nukes if Ukraine resisted Crimea seizureThe Verkhovna Rada has also called to condemn the violation by the Russian authorities and the occupation administration of the sovereignty and territorial integrity of Ukraine, as well as human rights and freedoms in the temporarily occupied part of its territory.

Also, the Ukrainian deputies have called for additional sanctions against Russia, as well as personal sanctions (restrictions) against those involved in setting up the illegal voting in the temporarily occupied territories of Crimea and Sevastopol during the elections to the State Duma in 2016 and those of the Russian president in 2018; and involved in systemic violations of human rights in the Crimea and Sevastopol.

The Parliament calls for toughening joint efforts to compel Russia to fully comply with the order of the International Court of Justice of April 19, 2017 in the case "Ukraine vs. Russia" on ensuring human rights in the temporarily occupied territories.

Read alsoMessage claiming Kyiv "abandoned" Crimea in 2014 political manipulationDeputies appeal to consolidate pressure on the Russian Federation to allow a permanent and direct international monitoring of the situation in Crimea by institutional and convention bodies of the United Nations, Council of Europe, OSCE, and other international organizations, as well as a monitoring of Russia's compliance with its obligations as an occupation authority in accordance with international humanitarian law.

If you see a spelling error on our site, select it and press Ctrl+Enter
Tags:RussiaCrimeaUkrainePutinRadaelectionsoccupiedCrimeainternationallawappealviolations