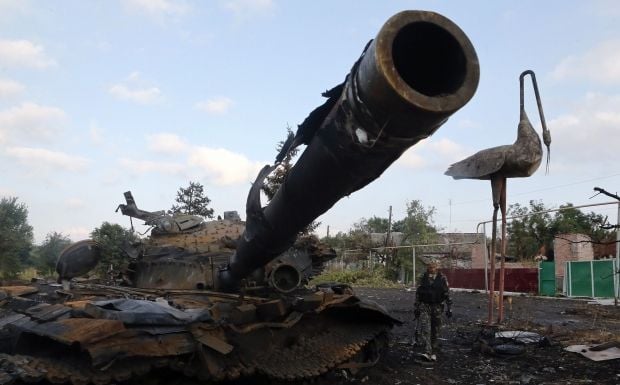 "Militants firing artillery and Grad multiple launch rocket systems were shelling our units near Talakovka," the press center said in a statement.

"In turn, the artillery units of the ATO forces destroyed the firing points of the militants," the press center said.