Russian aircraft ‘could be practicing for nuclear strike’ 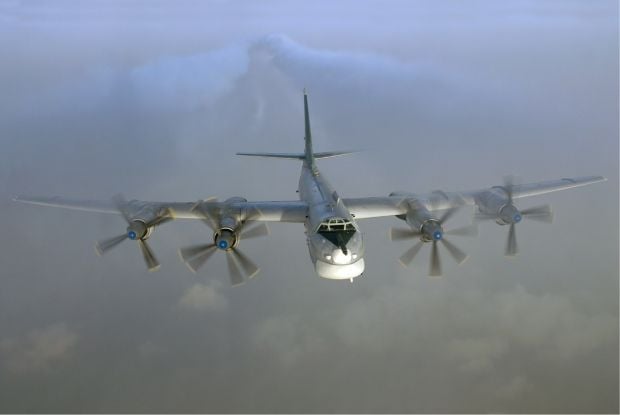 "Maybe the Russian bombers are conducting rehearsals for nuclear strikes when flying over the Atlantic Ocean and the North Sea," U.S. online newspaper the Daily Beast writes, quoting active and retired officers of the U.S. Air Force.

“Starting from October 28, NATO’s defense system detected and tracked the movement of four groups of Russian military aircraft over the Baltic and the North Seas, the Atlantic Ocean and Black Sea," the newspaper wrote.

In particular on October 29 a group of four Tu-95MS strategic bombers and four IL-78 air tankers were active off the coast of Norway in the North Sea.

"The giant turboprop Tu-95 is a platform for the launch of the Kh-55 strategic aviation cruise missile, carrying a nuclear warhead with a range of [2,500 kilometers]," the newspaper wrote. It said some in the U.S. military think it possible that the bombers were sent to the specific points where these nuclear missiles would be launched in a real attack.

"Of course it's possible," the newspaper quoted Lt. Gen. David Deptula USAF (Ret.), the influential former head of U.S. Air Force Intelligence, as saying. He said that in the next two years Russian President VladimirPutin "will take more aggressive steps in Eastern Europe and use the nuclear threat to ward of responses from NATO."