The questioning has been appointed for Tuesday, March 13. 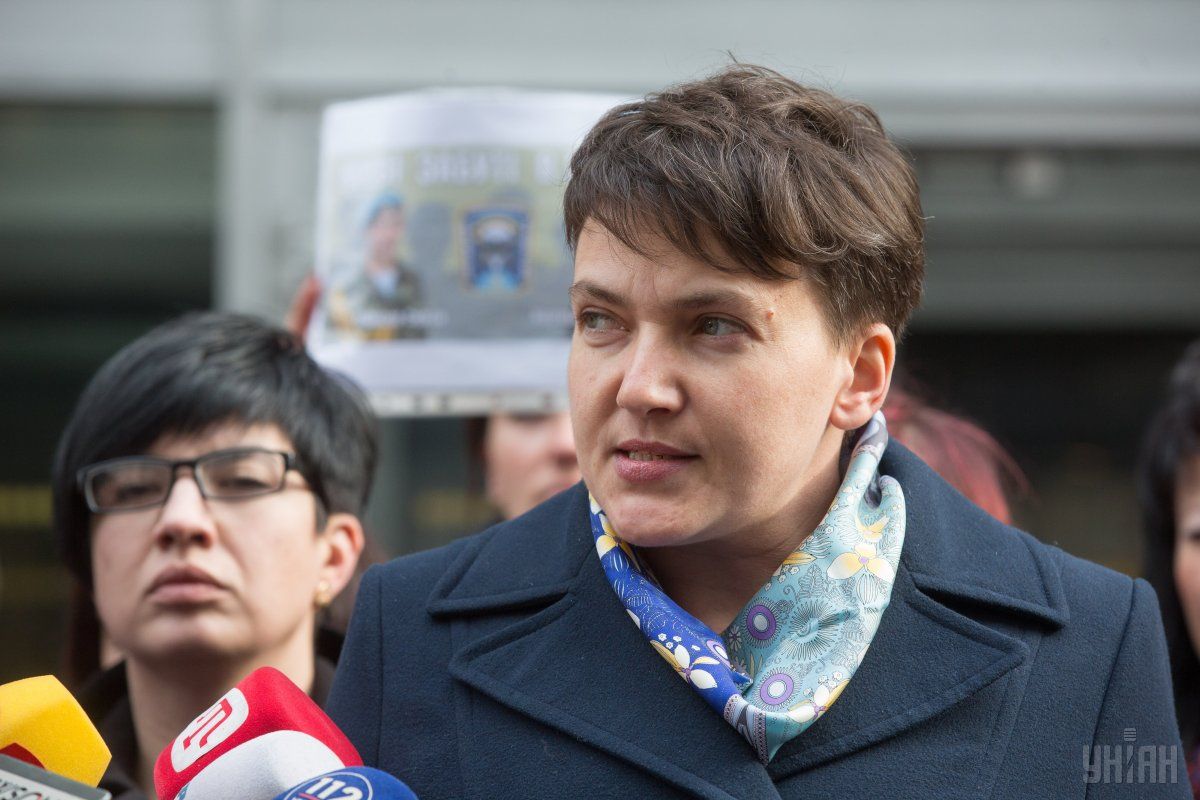 The Security Service of Ukraine, also known as SBU, has summoned Ukrainian MP Nadiia Savchenko for questioning in the case of Volodymyr Ruban, a Ukrainian hostage swap negotiator who was recently busted with a truck-load of weapons and arms when trying to cross into a government-controlled territory from the militant-occupied area and subsequently charged with plotting a terrorist act against the country's top officials in Kyiv.

The report on the upcoming interrogation was initially posted on Facebook by Deputy Minister for temporarily occupied territories and IDPs George Tuka and later confirmed by Prosecutor General Yuriy Lutsenko.

According to earlier reports, Savchenko's ally and aide Oleh Mezentsev is mentioned in a suspicion notice handed down to Volodymyr Ruban.

Savchenko was spotted attending a court hearing where a preventive measure was selected for the high-profile detainee.

Read alsoRuban arrested until May 6"Everything is very serious in the Ruban case," Yuriy Lutsenko told a Kyiv briefing Monday, adding that due to confidentiality concerns he would limit himself "to only two sentences. First: the Security Service of Ukraine sent a people's deputy Nadiia Savchenko a summons for a tomorrow questioning. Nevertheless, today at 4:00 in the morning she left Ukraine to participate in an international conference".

He noted that Savchenko was not a member of the official delegation, but at the same time had all grounds for participation in such an event.

"I would now like to turn to MP Savchenko: if she is really that courageous and honest as she claims on constant TV shows, tomorrow she must report to the Security Service of Ukraine," the Prosecutor General said.

According to Lutsenko, cooperation with the investigation would be very important for both Savchenko and the country.

Read alsoSBU chief to Poroshenko: Level of terrorist threat for Ukrainians highest since independenceAs UNIAN reported earlier, Head of the Ukrainian "Officer Corps" center for the exchange of prisoners of war Volodymyr Ruban was detained on the contact line with the so-called "Donetsk People's Republic" at the Maiorsk checkpoint in Donetsk region on March 8.

It was reported he tried to smuggle into a government-controlled territory a huge arsenal of weapons from the militant-occupied areas.

Read alsoSBU says Savchenko "interviewed" after her "DPR" visitRuban has denied all charges, claiming he merely acted as a truck driver and knew nothing about the weapons concealed in furniture in the back of the vehicle.