The opinion covers the draft laws replacing previously imposed and criticized e-declarations for anti-corruption activists by a regime of burdensome tax reporting and enhanced public disclosure of detailed financial information. 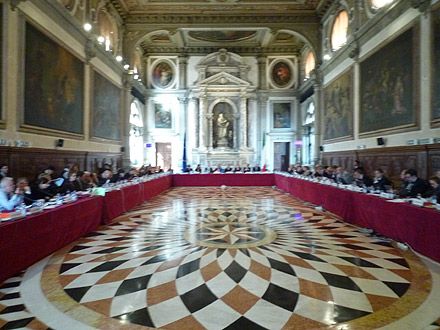 Stringent financial reporting and disclosure requirements for NGOs and activists in Ukraine, coupled with severe sanctions, are likely to have a chilling effect on civil society and should be fully reconsidered, the Venice Commission and the OSCE/ODIHR said in a joint opinion adopted Friday.

Furthermore, it is crucial that Ukraine’s plans to cancel the e-declaration requirements for anti-corruption activists, which likewise raise several serious human rights issues, are implemented as a matter of urgency, before April 1, 2018, the deadline for submission of the first declarations, according to the opinion to be fully published Monday, March 19.

The opinion covers the draft laws introducing changes to legislative acts and tax code of Ukraine, which would replace previously imposed and criticized e-declarations for anti-corruption activists by a regime of burdensome tax reporting and enhanced public disclosure of detailed financial information, to be submitted by civil society organizations (public associations) with total annual income exceeding EUR 14,350 and individual beneficiaries of international technical assistance.

The opinion notes that the new financial reporting and disclosure regime, if introduced, would conflict with freedom of association, the right to respect for private life and the prohibition of discrimination, the opinion reads. Even if there were indications of money laundering, the correct response would be criminal investigations against specific NGOs, and not blanket reporting requirements.  The Venice Commission and the OSCE/ODIHR cannot see a need for such amendments and recommend that they be either removed entirely or at least narrowed down substantially, to ensure their necessity, clarity and proportionality.

In particular, public associations should not be made subject to stricter financial reporting and disclosure requirements than other non-profit organizations, businesses or other legal entities and must be guaranteed the same rights as other legal entities, according to the opinion.

Reporting on and public disclosure of the identity of the ten most-paid employees of civil society organizations, and of some of the donors and contractors of such organizations should be removed, as well as the reporting and disclosure requirements for individuals receiving income from international donors, reads the opinion.

If new financial reporting and disclosure obligations for these civil society organizations were to be finally introduced, the provisions on sanctions should be significantly amended, to provide for the possibility to correct potential mistakes; to render the sanctions proportionate to different types and degrees of violations; to remove loss of organizations’ non-profit status from the list of sanctions or at least make it clear that this can only be imposed as a sanction of last resort.

Read alsoUK envoy to Ukraine: Change to e-declaration rules serious step backThe draft amendments must undergo effective consultation throughout the drafting and adoption process with meaningful participation of civil society organizations which would be affected by the entry into force of this legislation.

Amid harsh criticism of the move on the part of the U.S. and EU, President Poroshenko vowed to lift the norm. In July 2017, Poroshenko submitted to the Verkhovna Rada two bills actually abolishing the requirement, at the same time supplementing the legislation with demands for an additional financial reporting for NGOs and sanctions for those who failed to comply or made errors in reports.

These were the two draft laws forwarded for an assessment by the PACE monitoring committee.