Ukraine informed Russia about its protest against the Russian elections in Crimea in February. 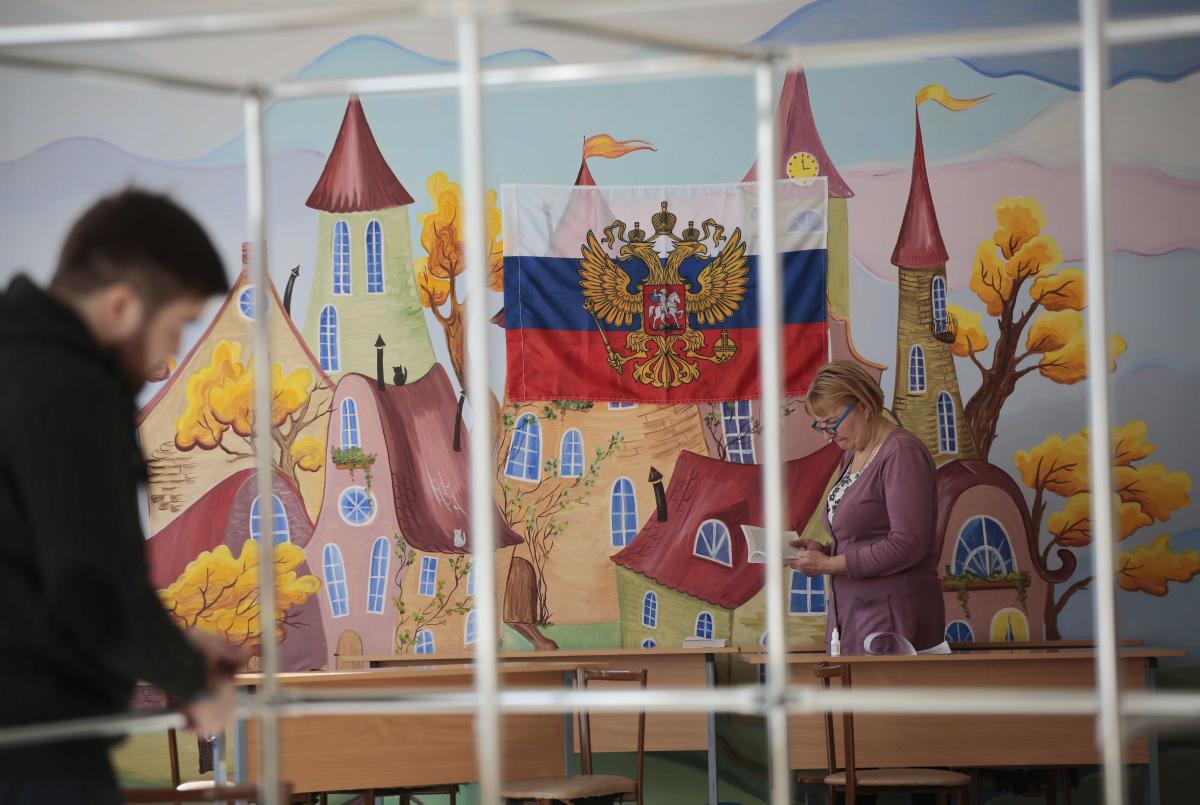 Ukraine's Ministry of Foreign Affairs says that illegal voting in Russian-occupied Crimea questions the legitimacy of the results of the Russian presidential elections on March 18.

"Illegal voting in the occupied Crimea will distort [the presidential] election results in Russia in general and raises serious doubts about their legitimacy," spokesperson for the ministry Mariana Betsa wrote on Twitter on the day of the elections.

"The results of the illegal voting in Crimea are null and void; they will not be recognized either by Ukraine or by the international community," she said.

"As for the elections themselves, we notified the Russian side in February, firstly, about our protest against the presidential elections by Russia in the occupied Crimea. Secondly, we warned them against attempts to organize elections in Donbas. Thirdly, we said there could not be any elections in diplomatic institutions without fulfilling preconditions," Betsa said in a comment to UNIAN.

"Of course, Russia has ignored all these demands," she said. And only now the Russian side "starts to worry and send us dozens of notes," she added.

"We proceed from the fact that these elections are absolutely illegal, illegitimate, violate international law, resolutions of the UN General Assembly. They are null and void from a legal point of view," the ministry's spokesperson said.

Pending the election day in Russia, Ukraine's Ministry of Foreign Affairs issued a statement saying that it strongly condemns the decision of the Russian occupation administration to hold the elections of the President of the Russian Federation on the temporarily occupied territory of the Autonomous Republic of Crimea and the city of Sevastopol on March 18, 2018.

The ministry said that the election results would be null and void, have no legal consequences, and would not be recognized by either Ukraine, or the international community. "All persons involved in the organization and holding of the illegal election in the temporarily occupied Crimea will bear responsibility according to the legislation of Ukraine," it said.

The ministry also said Ukraine welcomed the decision of the OSCE/ODIHR and other international partners not to participate in the observation of the illegal elections on the temporarily occupied territory of the Autonomous Republic of Crimea and the City of Sevastopol.

"We expect the final report by the international observation mission at the election of the President of Russia to clearly state the illegality of the elections on the occupied territory of Crimea," the ministry said.

If you see a spelling error on our site, select it and press Ctrl+Enter
Tags:electiondayRussianElection