Savchenko to Ruban discussing terror plot: "I propose a coup. They need to be removed physically - all at once"

"We need chaos. Chaos must be controlled," Ruban told Savchenko. 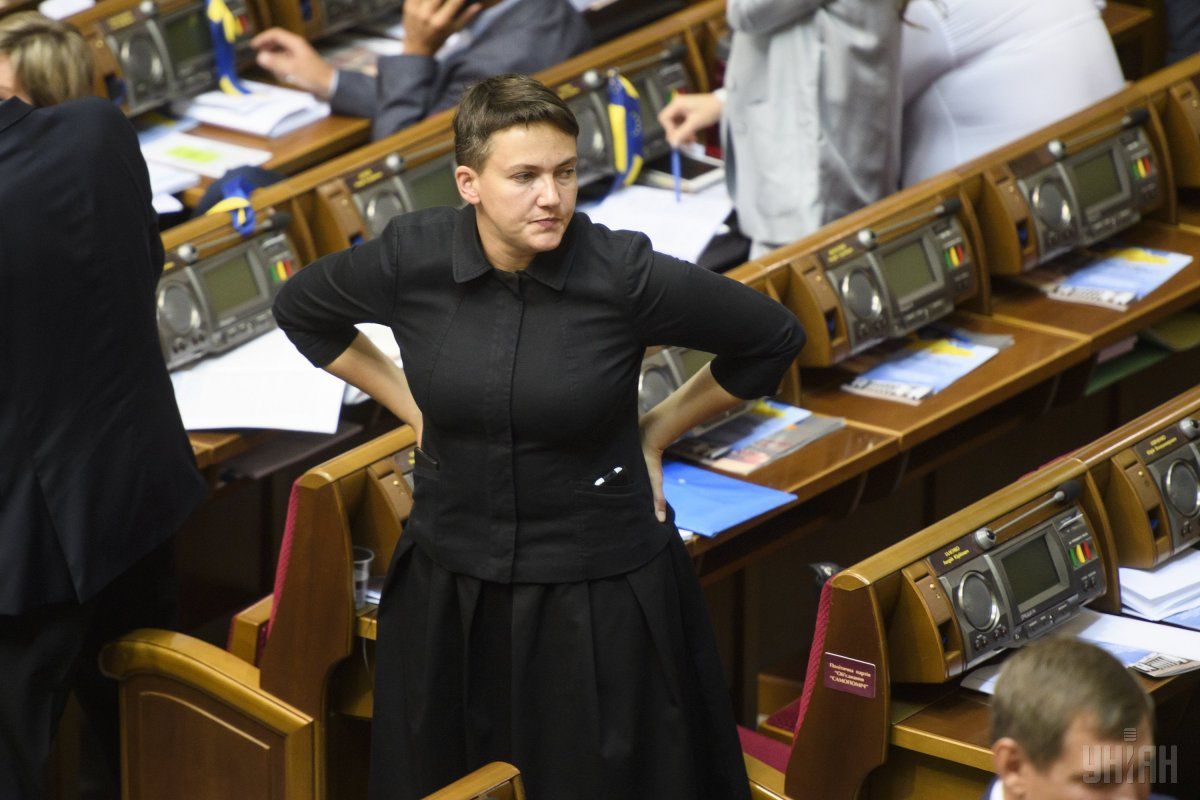 People's Deputy Nadiia Savchenko in a conversation with the former hostage swap negotiator, Volodymyr Ruban, proposed to carry out a coup in Ukraine to eliminate the country's leadership. Candid camera footage shot by the SBU within the probe showing the conversation was presented at the Verkhovna Rada session hall ahead of the vote to strip Savchenko of parliamentary immunity and allow her arrest, TSN reports.

"I propose a coup. That's because they have to be removed physically - all at once." This is the way. On one day, only inside [the Rada]. It can also be a couple of days, but a single date can be most successful. We'll have to wait for this day for about a year. Then we have to make them run. So I'm less interested in the government quarter, I'm more interested in their homes. I believe they'll start running when they have nowhere to return. Your further task is to maintain order... We have to make sure that chaos does not ensue," Savchenko said.

"In any case, if we fail to do this project now, by any means possible, then we shouldn't live at all..." the former Kremlin's prisoner-turned MP added.

Read alsoChief prosecutor says Savchenko plotted terrorist attack on parliamentVolodymyr Ruban is heard on a video responding to Savchenko that there is no need to be afraid of chaos.

"We need chaos. Chaos must be controlled," he said.

As UNIAN reported earlier, Savchenko was on March 15 expelled from the parliament's national security and defense committee. On the same day, Ukrainian Prosecutor General Yuriy Lutsenko tabled in parliament a motion for the criminal prosecution, detention, and arrest of MP Savchenko.

Read alsoUkraine parliament committee greenlights putting motion on MP Savchenko's arrest to Rada voteLutsenko also filed a 174-page report substantiating the request. He said that investigators had "irrefutable evidence" that Savchenko had plotted acts of terror in the parliamentary hall.

On Thursday, March 22, in the Verkhovna Rada Regulations Committee unanimously supported all three motions submitted by the Prosecutor General and recommended that the Rada allow Savchenko's arrest.