The parties agreed with the importance of implementing the security provisions of Minsk agreements and continued efforts in the Normandy format. 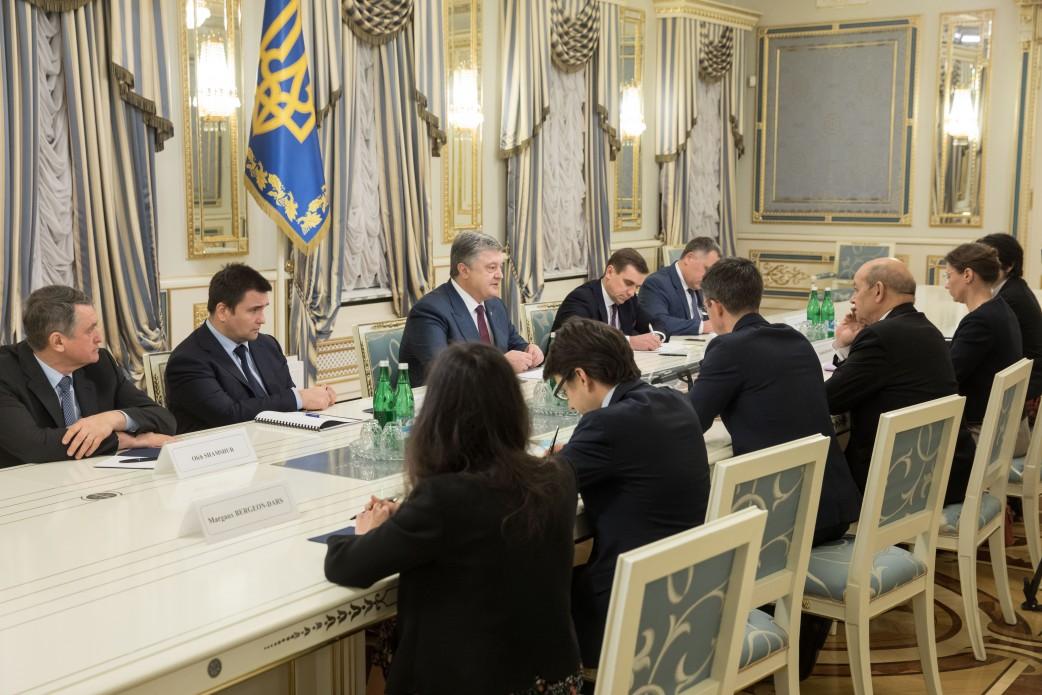 President of Ukraine Petro Poroshenko on Thursday had a meeting with Minister of Europe and Foreign Affairs of France Jean-Yves Le Drian.

Poroshenko expressed gratitude for France's continued support for the territorial integrity and sovereignty of Ukraine, as well as for its clear position regarding the non-recognition of the Russian presidential elections in the territory of the Ukrainian Crimea, according to the presidential press service.

Read alsoFrance does not recognize Russian presidential election in annexed CrimeaThe parties discussed the situation in Donbas, in particular, the prospects for the deployment of a UN peacekeeping mission throughout the entire occupied territory, including the Ukrainian-Russian border.

The parties also agreed with the importance of implementing the security provisions of Minsk agreements and continued efforts in the Normandy format. The interlocutors also supported the necessity of extending the regime of sanctions against Russia until the full restoration of Ukraine's sovereignty and territorial integrity.

Particular attention was paid to the issues of bilateral cooperation, implementation of projects in the field of military-technical and economic cooperation with the financial support of France.

If you see a spelling error on our site, select it and press Ctrl+Enter
Tags:PoroshenkoUkraineFrance