Poroshenko emphasized that the work of the Service on combating economic crimes was aimed, first of all, at shutting down the financial flows of the supply of terrorism. 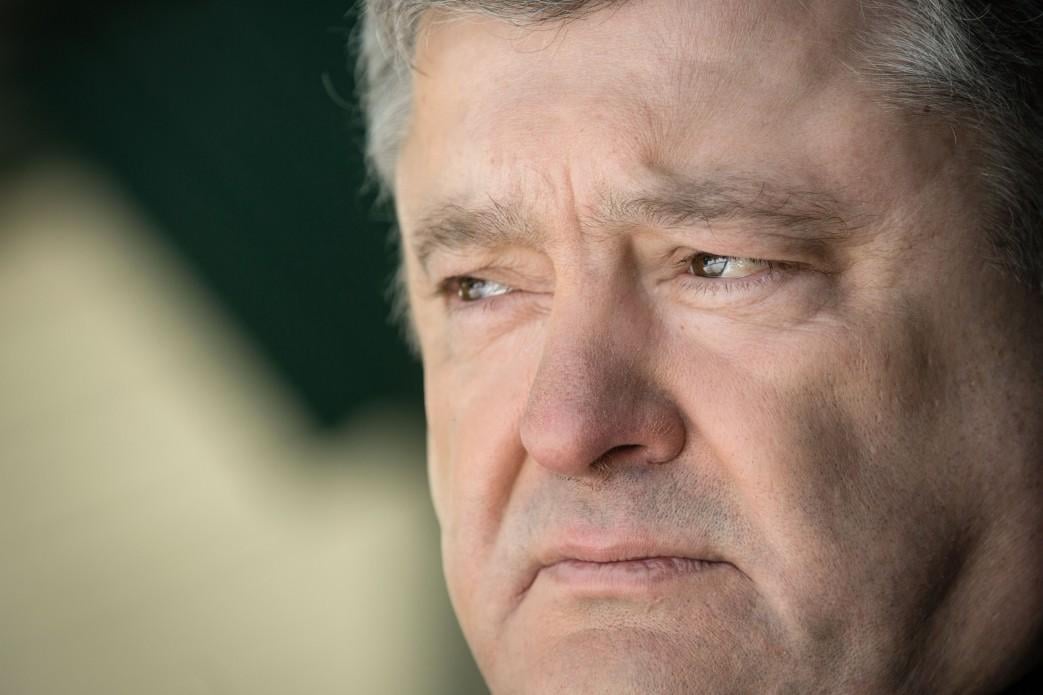 Ukrainian President Petro Poroshenko has congratulated the SBU Security Service of Ukraine on the 26th anniversary.

The president said the current anniversary of the Security Service had coincided with the process of reformatting the Anti-Terrorist Operation. "The ATO has become for you not just a school of life, but the life itself. I want to remind you that the first casualties in 2014 were the employees of the Service. Officers and employees who sacrificed their lives for the sake of Ukraine will remain forever in the ranks of the Service," Poroshenko said.

The attendees honored the fallen heroes with a moment of silence.

The president also emphasizes that the Security Service's contribution to the ATO cannot be underestimated, as well as it is difficult to underestimate the struggle of the Service with the Russian aggressor. "There are hundreds of exposed informants and detained militants, dozens of localized attempts of sabotage and prevented terrorist attacks on your account. Only last year, dozens of acts of terrorism and sabotage were stopped by the Security Service," he said.

According to Poroshenko, the units of the Center for Special Operations "Alpha" carried out more than 7,000 special and operational-fighting measures in the ATO zone, including prevention of the penetration of sabotage and reconnaissance groups into the country. The Service detained 591 people involved in terrorist activities, gathering intelligence and assisting militants and Russian invaders.

"Dozens of separatists have been exposed and brought to justice. Those who encroached on the integrity of our country, participated in the so-called illegal referendum, destabilized the situation in Donbas, Kharkiv, Odesa, Dnipro, Kyiv and other Ukrainian cities. Only in 2017, 13 traitors were sentenced for treason," the president stressed.

In the framework of counteraction to hostile propaganda, almost 100 "specific" citizens of the Russian Federation are forbidden to enter the territory of Ukraine. "These are the spiritual descendants of Goebbels who take part in the information war against Ukraine: so-called journalists, bloggers and experts. Some 36 verdicts were delivered by the courts to owners and administrators of communities and pages on VKontakte, Odnoklassniki and even Facebook for committing crimes envisaged in Article 109 of the Criminal Code of Ukraine. These are 'actions aimed at forcible change or overthrow of the constitutional order or seizure of state power,'" the president said.

Poroshenko emphasized that the work of the Service on combating economic crimes was aimed, first of all, at shutting down the financial flows of the supply of terrorism. "In 2017, convictions were imposed on 11 persons involved in the financing of terrorism. And I can say that lawsuits initiated in the international courts against the Russian Federation for violating the Convention for the Suppression of the Financing of Terrorism are also largely based on materials of the Security Service of Ukraine," he said.

At the same time, the president said: "Changes related to reformatting the ATO in no way imply reducing the role of the Service in the region. The law on the reintegration of Donbas establishes a special procedure for the implementation of measures to ensure security, rebuff and deter the Russian aggression. This will help concentrate efforts on the priority component of the Service – counterintelligence, not only reinforcing it in the collision area, but also intensifying counterintelligence activities throughout the territory of Ukraine".

"This is especially important now when we see that the fewer shots in the combat zone, the greater the enemy's activity in the rear. The aggressor is struggling to move the epicenter of the hybrid war closer to the heart of Ukraine. And the heart is our ancient capital, beautiful Kyiv," Poroshenko said.

He reminded that in recent months the Service had conducted two large-scale operations, which "are worthy of pages in textbooks for the future employees of special services". "At first, the connection of the so-called protest camp under the Verkhovna Rada with the Little Russian political emigration in Russia, which sits under the cover of the Russian FSB, was brilliantly revealed and legally documented. Convincing evidence was obtained and the financial channel between the Dnipro and the Moskva River, which they used to transfer these 'thirty pieces of silver', was blocked," the president said.

"It is even more important, and I am grateful to you, Mr. Head of the Security Service, and to all the staff of the Service that you revealed that hostile clique, which was preparing large-scale terrorist attacks in Kyiv with numerous victims, as they called it 'controlled chaos', coup d'etat, rebellion in Ukraine in the interests of the Russian Federation," the head of state said.

"Such results of the Security Service's work are possible only due to the systemic changes that gradually strengthened the functional capabilities of the Service on the protection of the interests of citizens and the state from external and internal threats," the president concluded.

The head of state also presented state awards to the staff of the Service for personal merits in strengthening the national security, courage, exemplary performance of the official duty and on the occasion of the Day of the Security Service of Ukraine.