Kerry expresses US support for Ukraine 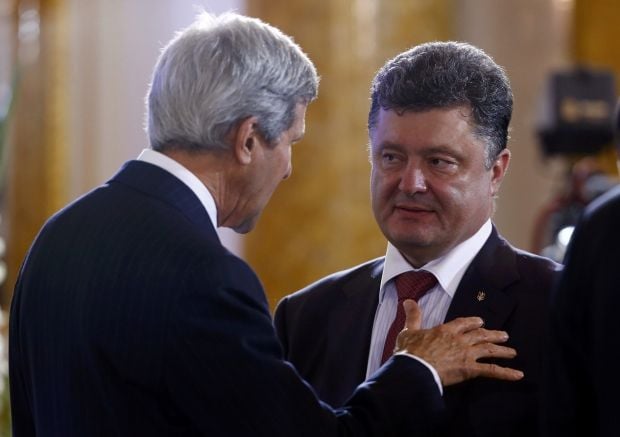 In a phone conversation with U.S. Secretary of State John Kerry on Tuesday, Poroshenko noted the importance of the refusal by the United States to recognize the results of elections organized by insurgents on November 2 in the Donbas conflict zone in Ukraine.

Poroshenko said that Ukraine wants a peaceful resolution of the conflict in the east of the country, in line with the articles of the Minsk Protocol.

"We put a lot of time and effort into achieving these agreements, and we cannot allow them to be broken," the president said.

Poroshenko also offered to rivive the Geneva format of talks between Ukraine, the United States and Russia at the foreign minister level for the peaceful resolution of the situation in the Donbas.

For his part, Kerry expressed U.S. support for Ukraine and the president's actions under the Minsk Protocol to resolve the crisis in Ukraine. He congratulated Ukraine on holding free and democratic early parliamentary elections on October 26 and said he highly appreciated the reaching of a deal on gas supplies between Ukraine and Russia on October 30.

The two sides discussed details of military-technical cooperation and a visit by U.S. Vice-President Joseph Biden to Ukraine on November 21.