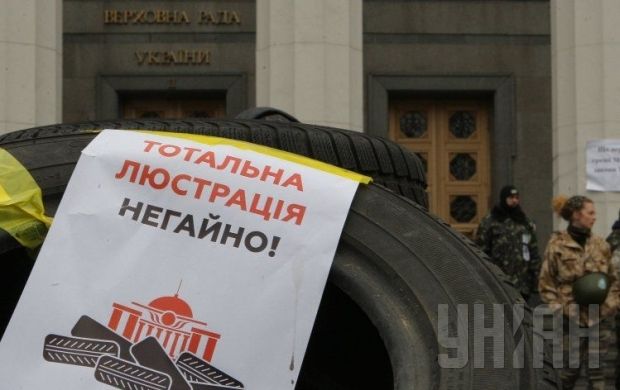 "It is necessary to make really specific changes into this law to define in detail who is a participant in the ATO (Anti-Terrorist Operation) zone. Today, many guys who really were in the ATO zone after the Revolution of Dignity or European Revolution fall within the scope of this law," Zubko said.

"Today we face a situation in which [certain] corrupt officials do not fall directly under the action of this law and therefore will not be [affected by] the lustration commission," he said.

"I think that this lustration law has some negative effects, because a great number of honest public servants, who have been building their careers, are now being forced to retire. In this case, the state could lose experienced staff, including participants in the ATO," Zubko added.