Donbas election observer says he was paid by Russia 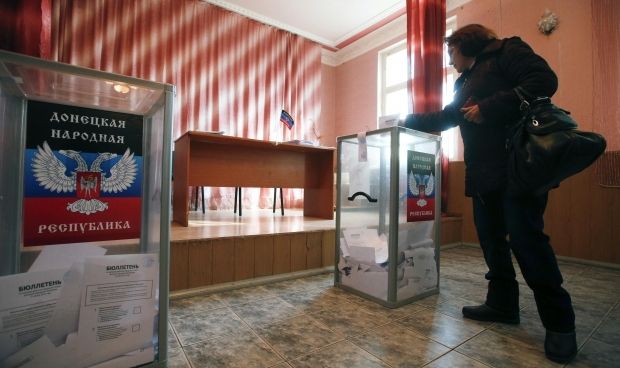 Zemánek mentioned in his report another two observers who visited the self-proclaimed Donetsk People’s Republic with him, neither of whom denied that they had been paid by Russia.

"The action was organized by Russia, and it was obvious who paid for it," said Zemánek, who previously held the post of deputy chairman of a party that has called for the country's withdrawal from the European Union.

"I recognize the recent elections in the Donetsk region… I can state with a clear conscience that I did not notice any mistakes during these elections, they were held in a very friendly atmosphere and with a great enthusiasm. We could learn from their success," he said.

This post was opened for commenting only to Zemánek’s Facebook friends. Later, in their discussion he said that the elections lacked voter lists, but he didn’t see this as a problem as no one knew the place of residence of all the voters.

"I will write a more detailed post in the next few days. I will write the details about my meeting with the outstanding Russian philosopher Alexandr Dugin," Zemánek concluded.

Zemánek is a member of the No to Brussels-National Democracy party. He has written on the Web site of his party that he is an Orthodox Christian and a supporter of Russia and other Slavic nations. Party leader Adam Bartoš has said the party opposes “Zionism, multiculturalism, homosexuality, free masons, banks, the new world order agenda, and so on.”