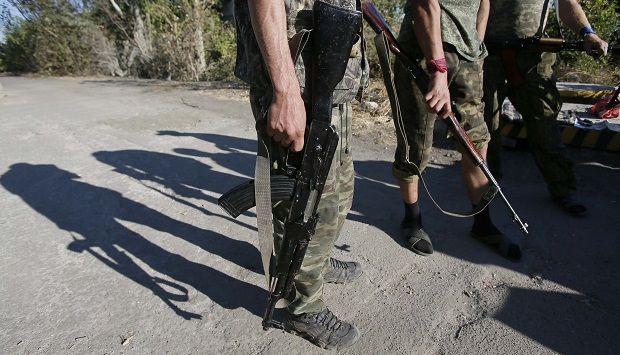 "The Russian Federation is not stopping the supply of military equipment and manpower into the area of the Anti-Terrorist Operation [in the Donbas],” spokesman Andriy Lysenko said at a regular daily briefing for journalists in Kyiv on Friday.

He said the military equipment had come from Russia and headed in the direction of Krasny Luch in Ukraine’s Luhansk region.

He also said a column of trucks had been spotted entering Ukraine from Russia through the border town of Izvarino, including three trucks carrying radar systems. He said the deployment of Russian military equipment and Russian mercenaries to the front line was continuing.

Ukrainian forces are preparing to make the appropriate responses in any scenarios that emerge, Lysenko said.