Leaders of Germany, France and Ukraine will discuss deployment of a United Nations peacekeeping mission in Donbas. 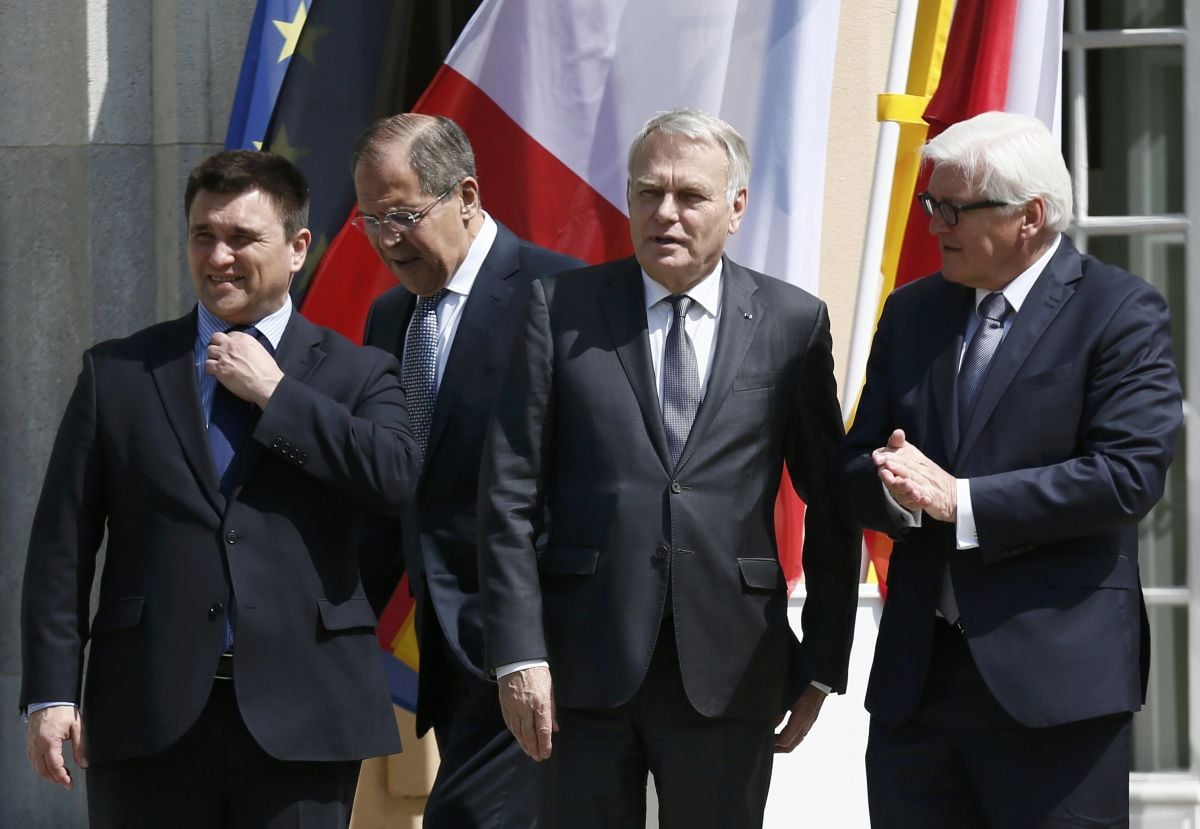 The summit of leaders of Germany, France and Ukraine may be held in the city of Aachen (Germany) in May 2018.

The leaders will discuss deployment of a United Nations peacekeeping mission in Donbas,  Kommersant reported, referring a source close to the Administration of Ukrainian President Petro Poroshenko in Kyiv.

In fact, this will be a meeting in the Normandy format with the exception of Russia, the report says.

"Preparatory work" for the trilateral summit will be carried out during Poroshenko's visit to Berlin on April 10, where he will hold talks with Chancellor Angela Merkel, the source said.

Read alsoPoroshenko: Russian troops will leave Donbas when international peacekeepers deployedHowever, a source in the Russian Ministry of Foreign Affairs stated that Moscow does not oppose such meetings as the issue of peacekeepers is decided upon at the UN Security Council platform.

At the same time, Russian president's aide Yuri Ushakov said the Kremlin was unaware of other Normandy Four leaders to convene such summit, according to TASS.

As UNIAN reported earlier, Ukraine says it needs a 20,000-strong UN peacekeeping mission deployed through the entire territory of the occupied parts of eastern Ukraine, including along the sections of border with Russia now beyond government control, to settle the Donbas conflict.