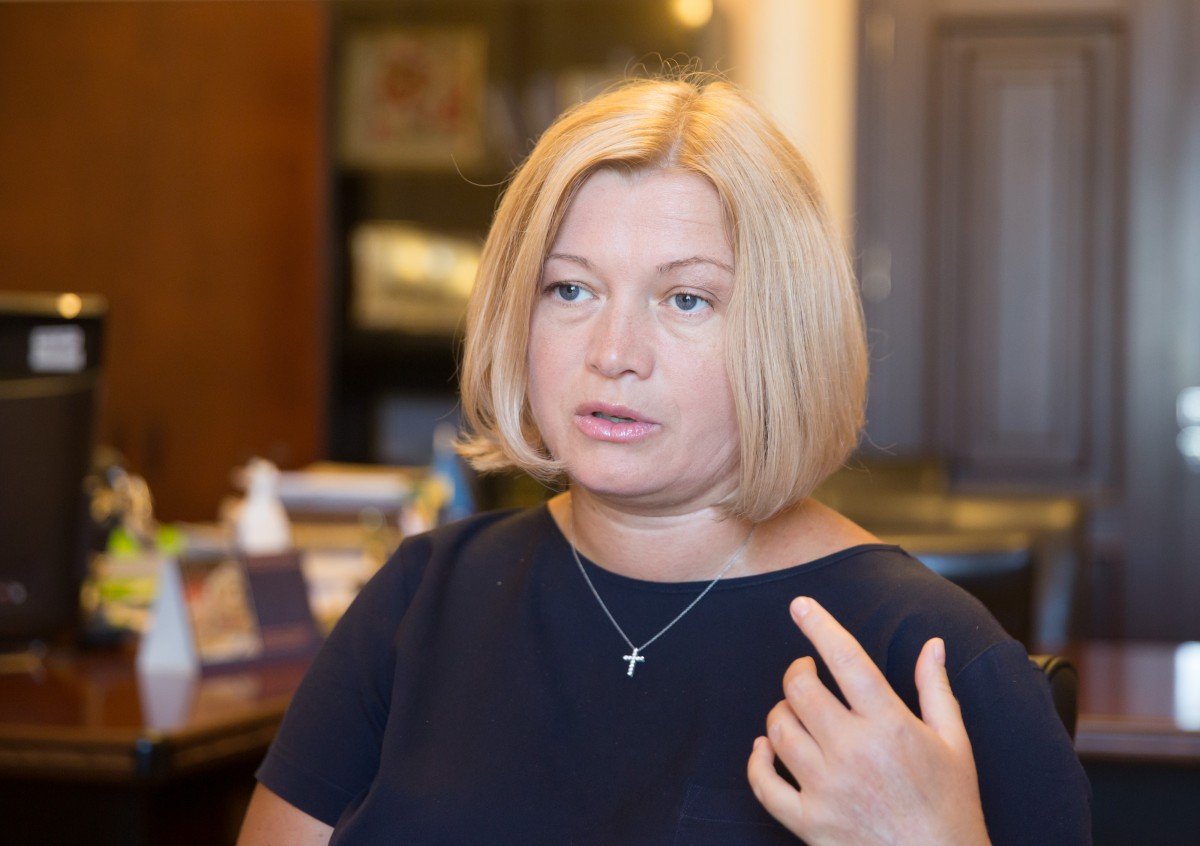 First Deputy Chair of the Verkhovna Rada Iryna Gerashchenko has called on Members of the European Parliament (MEPs) who are on a visit to Ukraine to intensify pressure on Russia to implement the Minsk Agreements and release Ukrainian hostages.

"I have called on our colleagues, members of the European Parliament, to actively engage in putting pressure on the Russian Federation due to its failure and that of its satellites to comply with the Minsk Agreements. It is unacceptable that the Easter ceasefire announced on March 30 this year lasted only 10 minutes. Every day, we register shelling with Ukrainian soldiers killed or wounded in action," she said at a joint press conference with a delegation of the European Parliament's Committee on Foreign Affairs on April 6.

Read alsoNext round of Minsk talks on Ukraine scheduled for April 18 – Belarusian media"It is obvious that the current problematic relations between Ukraine and Russia is not just an issue of the two countries. This is a challenge for complex relations between the Russian Federation and the entire civilized world since Russia daily violates international norms and standards," Gerashchenko said.

She said that Ukraine expects Western countries to strengthen their support for Ukrainian security.

"We have discussed prospects for the introduction of a peacekeeping mission to Donbas, which would also be a good and proper step to return peace to the Russian-occupied territories," he added.

"I called on our European Parliamentarians to actively engage in putting pressure on the Russian Federation to release hostages. We have reaffirmed that we are ready to swap 23 Russian citizens kept in prisons for crimes against Ukraine's sovereignty and territorial integrity to release the Kremlin hostages," the official said.

Read alsoUkraine ready to swap 23 Russians for Ukrainian hostagesIn this regard, she stressed that today, more than 60 Ukrainians and Crimean Tatars are being accused of espionage and "other nonsense and absurd offenses. They are being kept in Russian prisons on completely fictitious charges."

"We also strive to free everyone from the occupied territories," Gerashchenko said.

"We also talked about the need to put pressure on Russia to bring the ICRC mission to the search for the missing and operate in the occupied territories," she added.

The occupied Crimea and non-recognition of Russian elections on the peninsula were discussed at the meeting as well.

Gerashchenko noted that a significant part of the meeting with the MEPs was devoted to discussions on the security and humanitarian situation in Donbas, because "the security situation is also a key challenge for Ukraine today."

She stated that "investors will come to Ukraine if there is peace in the country and if we demonstrate success in reforms, particularly in fighting corruption."

The delegation was represented by Laima Andrikiene, Michael Gahler, Dariusz Rosati and others.

If you see a spelling error on our site, select it and press Ctrl+Enter
Tags:RussiaUkraineGerashchenkoMEPshostageswap