Poroshenko wants Ukraine's anti-Russian sanctions to be synchronized with U.S. ones

The Ukrainian president hopes the EU will join in as well. 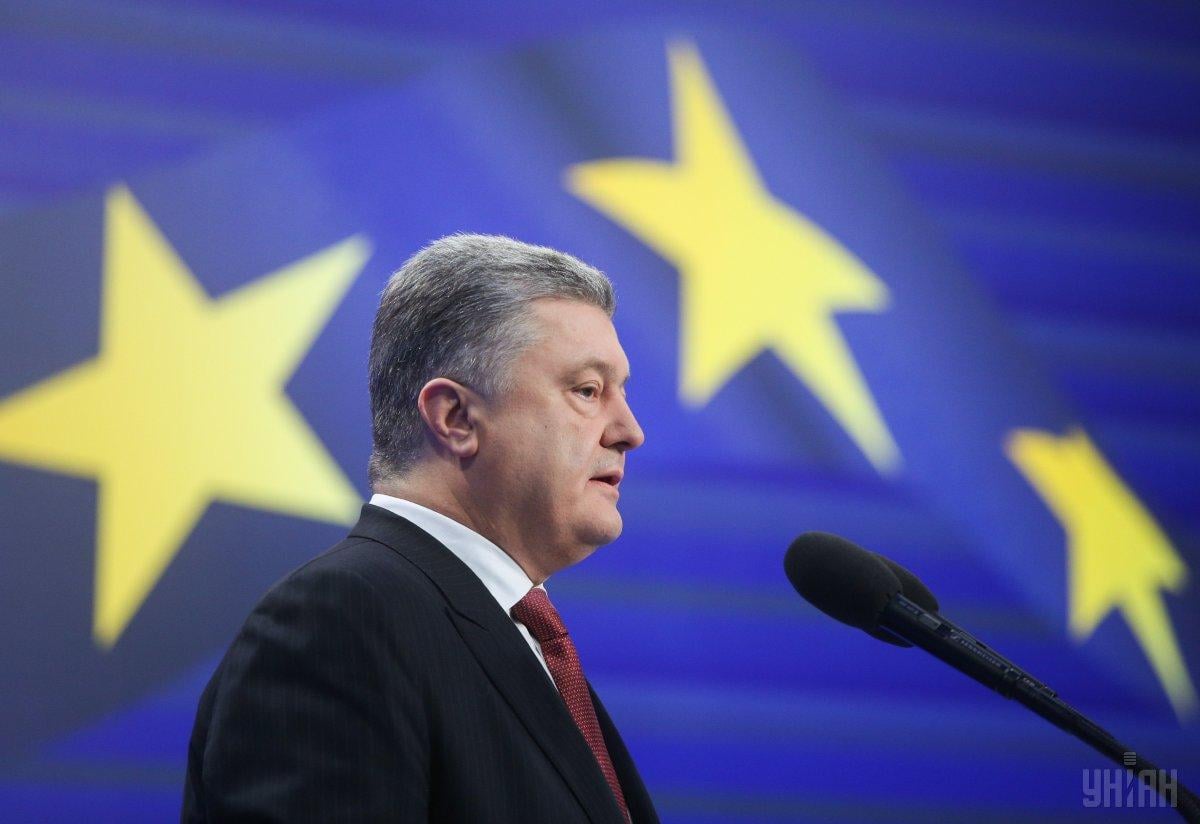 Ukrainian President Petro Poroshenko has welcomed the expansion of U.S. sanctions against figures on the so-called 'Putin list' and expects that the National Security and Defense Council of Ukraine will submit its comprehensive proposals to synchronize Ukrainian sanctions with the U.S. ones.

"I welcome the unprecedented expansion of U.S. sanctions against those on the 'Putin list!' A decent response to the aggressor through its oligarchs and the Kremlin allies for aggression against Ukraine, interference in the internal affairs of independent states and disrespect for international law," Poroshenko wrote on Facebook on April 6.

"The free world further strengthens its anti-Moscow coalition, with Washington in the clear lead and on the basis of a strong transatlantic unity and common values. I believe the EU will similarly strengthen its restrictive measures against the Kremlin's governing elite," Poroshenko said.

"I expect comprehensive proposals on the synchronization of the Ukrainian and American sanctions regimes from the National Security and Defense Council of Ukraine in the near future. Only acting as one front, we can change Russia's behavior and restore the sovereignty and territorial integrity of Ukraine!" the Ukrainian president wrote.

If you see a spelling error on our site, select it and press Ctrl+Enter
Tags:USAsanctionsPresident Poroshenko