In a bid to validate both the election and its annexation of Crimea, Russia brought over its own international monitors to the peninsula – including former OSCE electoral observers and a Ukrainian woman. 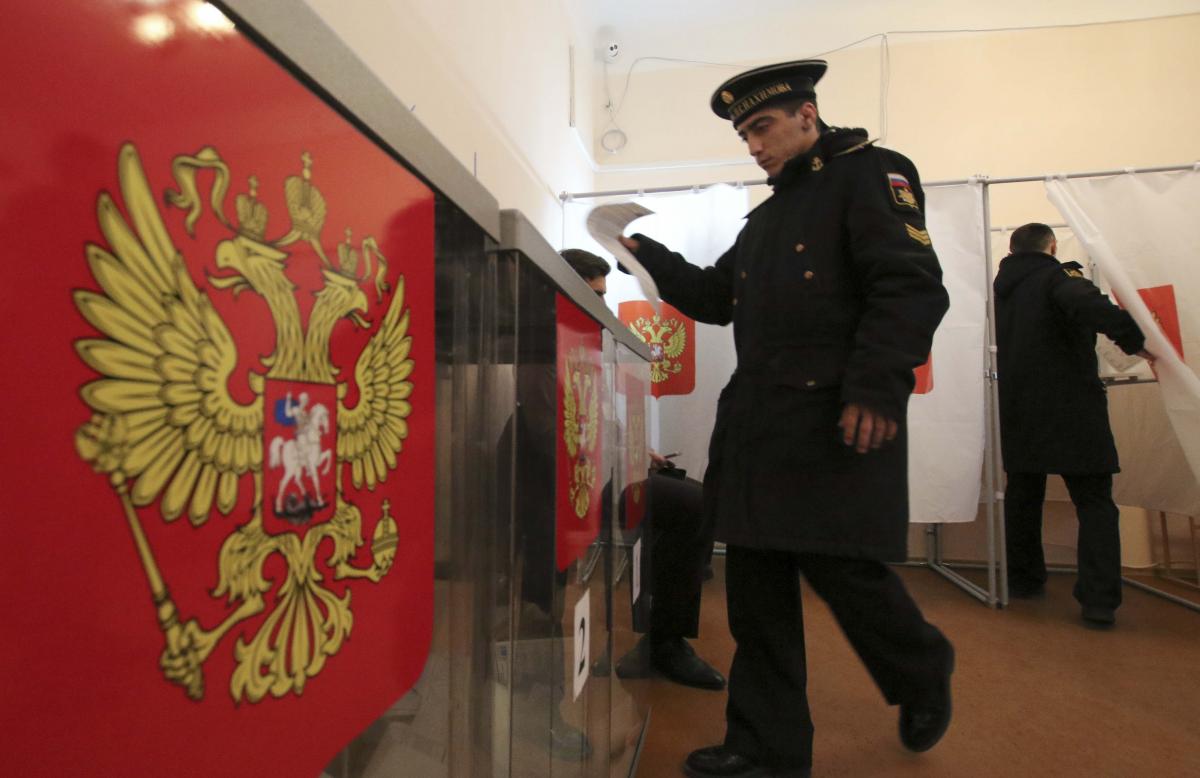 On March 18, Crimea went to polls alongside Russia in an illegitimate election that saw President Vladimir Putin win another six-year term. Purposely scheduled for the anniversary of Russia’s annexation of the Ukrainian peninsula, the election, like Russia’s 2014 referendum in Crimea, was not recognized internationally.

Reputable bodies, including the Organization for Security and Cooperation in Europe The Office for Democratic Institutions and Human Rights (OSCE ODIHR) and the EU, did not send monitors to oversee the election on the peninsula last month, according to Hromadske International.

However, in a bid to validate both the election and its annexation of Crimea, Russia brought over its own international monitors to the peninsula – including former OSCE electoral observers and a Ukrainian woman.

A new report authored by Visiting Fellow at the Institute for Human Sciences Anton Shekhovtsov for the European Platform For Democratic Elections outlines how Russian authorities drew dozens of foreign players to Crimea - many with existing ties to the Kremlin.

The reports suggest a slew of other Russian organizations, including the Civic Control Association, Agency of Ethno-National Strategies, and Russian Peace Foundation, headed by Leonid Slutsky, were also sending foreign observers invitations to Crimea.

Read alsoEleni Theocharous only MEP taking part in "Russian presidential election" in Crimea – NGOIts members, much like some of their invited guests, boast a history of partaking in Kremlin-led campaigns.

But Shekhovtsov says what is also important to note, is that in comparison to Russia’s referendum in Crimea in 2014, the political representation during the presidential election was much lower.

“They failed to mobilize many of the people they would like to mobilize and invite them to Crimea,” he said.

Shekhovtsov’s report identifies 35 foreign observers, two German journalists and a group of 20 young people who, after attending a youth forum in Russia, traveled to Crimea for the election.

Among them was Johan Baeckman – reportedly leading a Finnish delegation presented as members of the Finland-based Russian-Finnish Friendship Association, Patrick Poppel – general secretary of the Austria-based pro-Kremlin Suvorov Institute and Andreas Maurer- leader of the German left-aligned party Die Linke.

Die Linke has a history of visiting Crimea, with three people from the party present during Russia’s illegal referendum on the peninsula in 2014.

Read alsoRussia violates almost 500 agreements, treaties by annexation of CrimeaA pro-Kremlin activist, Baeckman also acted as an observer during Russia’s illegal referendum in Crimea 2014 and later announced he would be a representative of the self-proclaimed  “Donetsk People’s Republic” in Finland.

Ukrainian woman Tetyana Mele, believed to now reside in Russia or Germany, was also recorded as an observer. Shekhovtsov believes this was for propaganda purposes.

“She was referred to as an observer from Ukraine just for propaganda purposes by the Russian media to show that there are some people in Ukraine who are interested in what is going in in Crimea but at the same time they would justify the annexation of Crimea,” he said.

Among the monitors was also Lars Peder Bjorndal Hollaender, who had previously taken part in the OSCE ODIHR election observation missions in Ukraine, Georgia and Kyrgyz Republic.

Shekhovtsov believes the purpose two-fold – to legitimize both the presidential election in Crimea and the peninsula’s status as a Russian territory.

Prior and during the elections, the Kremlin’s guests boasted both a “peaceful” atmosphere in Crimea and electoral integrity – in some cases before polls even opened.

Shekhovtsov believes identifying participants such as former OSCE election observers in the report will ensure the organization doesn’t invite them on further missions.

But he says importantly, the report’s findings also highlight Russia’s failure to mobilize “more or less respectable figures” to support the Kremlin’s agenda in Crimea.

If you see a spelling error on our site, select it and press Ctrl+Enter
Tags:RussiaCrimeaUkraineelectionspropagandaobservers