The Foreign Minister said the Russian occupation authorities must not be allowed to plunder and destroy Ukrainian property in the occupied Crimea. 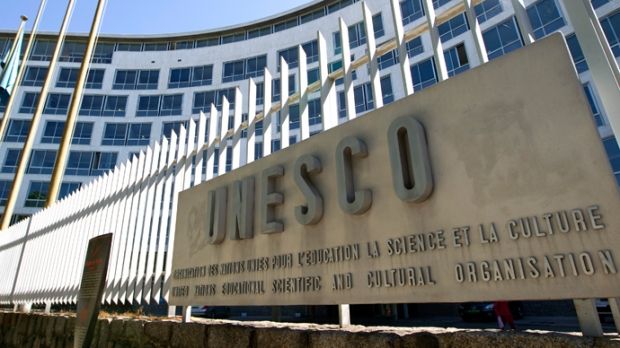 Minister of Foreign Affairs of Ukraine Pavlo Klimkin states that UNESCO has taken a decision that actually allows for the deployment of a monitoring mission to monitor the situation in the occupied Crimea.

"The UNESCO Executive Council has just made an important decision regarding Crimea. In fact, this is an opportunity to deploy in Crimea a monitoring mission and struggle for the rights of education, science, and protection of cultural monuments, including the Khan Palace," Ukraine's top diplomat wrote on Twitter.  We will not allow the occupation authorities to plunder and destroy Ukrainian property!" wrote Klimkin.

Read alsoUkraine's Permanent Envoy to CoE Dmytro Kuleba: "Surprisingly, some EU member states still believe dialogue is needed with Russia"As UNIAN reported earlier, on March 7, Deputy Minister of Foreign Affairs of Ukraine, chairman of the National Commission of Ukraine for UNESCO Sergey Kyslytsya and UNESCO Director-General Audrey Azoulay discussed the prospects of introducing a direct monitoring of the situation with cultural and historical heritage as a result of Russia's occupation of Crimea.

In February, Ukraine provided to UNESCO a detailed analysis of the problems caused by the Russian occupation of the peninsula.

As noted on the website of Ukraine's Permanent Mission to UNESCO, eight decisions on monitoring the situation in the Autonomous Republic of Crimea (Ukraine) were taken in a row from the beginning of the occupation of the peninsula by the UNESCO Executive Board.

The decisions allowed for ensuring, throughout four years, the consolidation of problems of the occupied Crimea in the list of priority issues on the agenda of UNESCO's governing body, and also contributed to the formation of UNESCO's integrated monitoring mechanism on the human rights situation in Crimea and Sevastopol. The decisions are based on the UN General Assembly Resolution 68/262 "Territorial Integrity of Ukraine" adopted on March 27, 2014.