She told the audience that fake news represented a threat "to democracy and society." 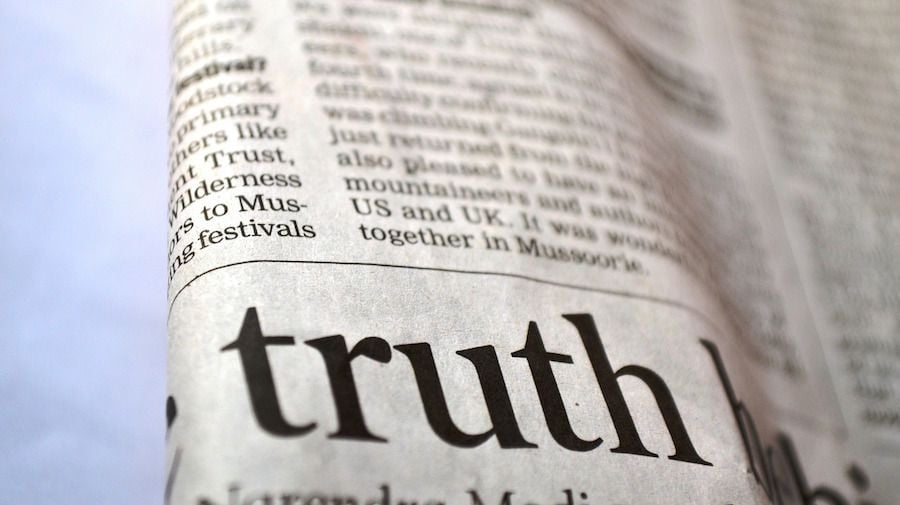 A powerful talk about the need to do more to counter fake news has opened the TED (Technology, Entertainment and Design) 2018 conference in Vancouver.

Journalist Olha Yurkova described a false story in which the Ukrainian army had supposedly "crucified" a three-year-old child, according to the BBC.

The story, reported by Russian state media, came from a woman claiming to be a refugee.

"The only problem was that the story was not true," explained Yurkova.

That - and stories like it - led her to co-found StopFake, a fact-checking website set up to counter Russian propaganda in Ukraine.

The crucifixion never happened and even the location of the event was made up.

"The story claimed that the army had rounded up the locals in Lenin Square in the city of Slovyansk, but that square did not exist."

The story not only fooled a lot of people in both Ukraine and Russia but also led directly to people "taking up arms", Yurkova claimed.

She told the TED audience that fake news represented a threat "to democracy and society."

"Ukraine has been subject to Russian propaganda for four years and now fake news is happening all over the world," she told the TED audience.

Read alsoUkraine's fight against fake news goes global - Politico"People no longer know what is real and what is fake and a lot of people have stopped believing anything at all. This is even more dangerous."

StopFake was launched in 2014, specifically to deal with fake news in Ukraine.

It has since evolved into a sophisticated fact-checking organization covering media sources in 11 languages.

To date, it has revealed more than 1,000 misleading news items in Ukraine and taught more than 10,000 people how to spot similar stories around the world.

Yurkova offered some simple advice for anyone worried about how to distinguish fact from fiction.

"If the story is too emotional, too dramatic, it is likely it is not true. The truth is often boring," she said.

Read alsoFacebook deletes posts linked to Russian "troll factory" - CEO Zuckerberg"Do your research, look at other sites. Google names and addresses. Society depends on trust and it is up to all of us to find a way to rebuild it."

The issue of fake news has become a talking point since it emerged that Russian bot accounts - many of which have been traced to the Internet Research Agency in St Petersburg - had planted fake stories online.

In February, 13 Russians were charged with interfering in the U.S. 2016 election, including individuals based at the Internet Research Agency.

But how much influence the activity had on the 2016 presidential campaign remains open to debate.

If you see a spelling error on our site, select it and press Ctrl+Enter
Tags:DonbasUkraineRussianPropagandafakenewsInternetResearchAgency