Her health has deteriorated. 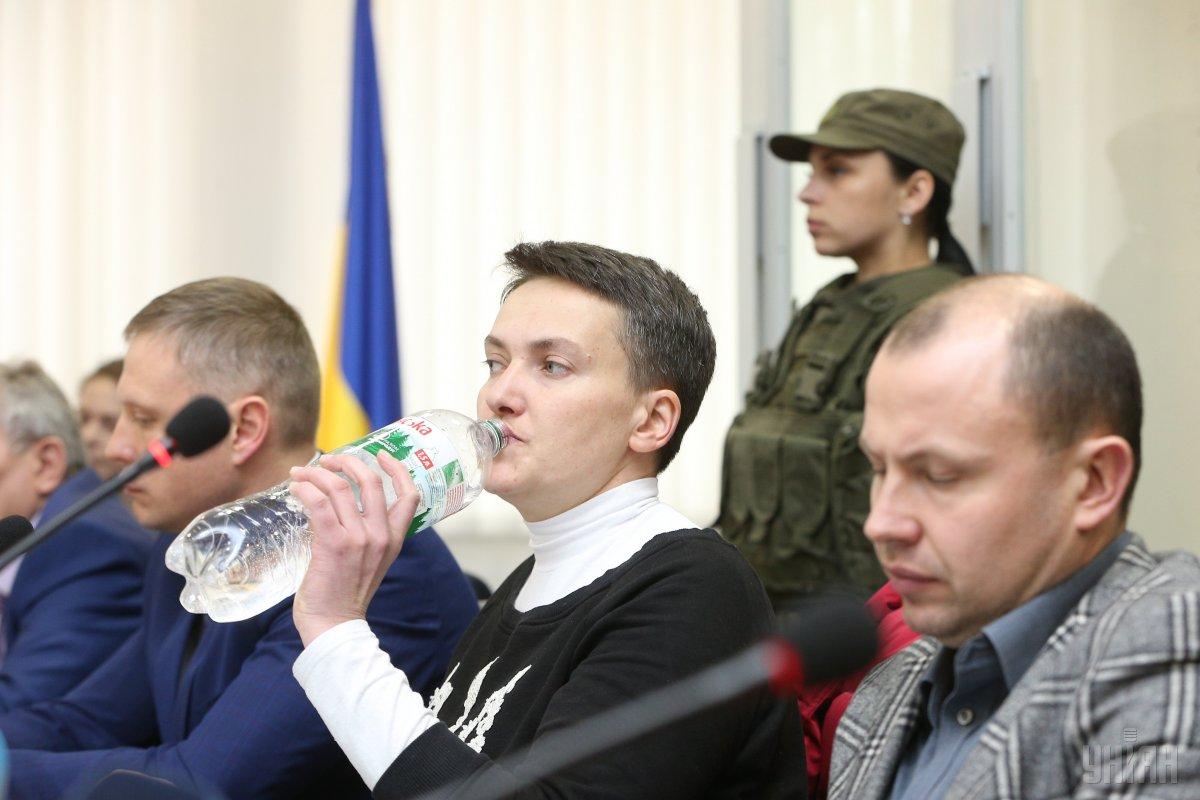 MP Savchenko (in the center) / Photo from UNIAN

Member of Parliament in Ukraine Nadiia Savchenko says her hunger strike will last until she is freed.

"I'm on hunger strike until the day I am free and able to fully defend myself in courts and protect myself, my family, my relatives and the people of Ukraine, until I can act as a full-fledged Member of Parliament and politician," she wrote on Facebook on April 12.

"My condition as of today, 11.04.2018: the condition has deteriorated because of hunger strike, it's not critical, being within the norm," she added.

Ukraine's prosecutors charged Savchenko with plotting a coup and an act of terror in Ukraine, following an elaborate sting operation by SBU Security Service agents, who initially targeted former hostage swap negotiator Volodymyr Ruban. The latter is believed to have conspired with Savchenko. Savchenko is suspected of committing a crime under Part 1 of Article 109 (actions aimed at the forcible change or overthrow of the constitutional order or seizure of state power); Part 1 of Article 14 (preparations for a crime), Part 2 of Article 28 (committing a crime by a group of persons, a group of persons by prior agreement, an organized group or a criminal organization), Article 112 (an attempted attack on the life of a public figure), Part 3 of Article 258 (an act of terror); Part 1 of Article 258-3 (creation of a terrorist group or organization) and Part 1 of Article 263 (illegal possession of weapons, ammunition or explosives) of the Criminal Code of Ukraine.

On March 23, Kyiv's Shevchenkivsky district court ruled that Savchenko be remanded in custody for 59 days without bail. She announced in the courtroom she would go on hunger strike, denying plans to flee Ukraine.

If you see a spelling error on our site, select it and press Ctrl+Enter
Tags:Savchenkohungerstrike