It was Russian Duma member Dmitry Sablin who first revealed information about the vacation of Assad's children in Artek in 2017. 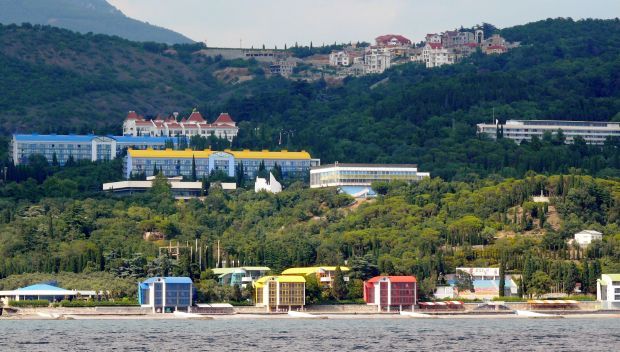 Artek on the Black Sea coast / Photo from crimea-media.ru

"Yes, they have been here. They stayed as ordinary children. We had children with such a family name. I did not know who their father is," the camp director said.

According to the rules, children can spend only one shift per year in the camp and no exceptions were made for Assad's children. The children spoke English and Arabic, the director said.

"In my opinion, they liked being here," he said. "They are fond of sports, if I remember well."

It was Russian Duma member Dmitry Sablin who first revealed information about the vacation of Assad's children in Artek in 2017. He cited information shared by the Syrian president at a meeting with Russian parliamentarians, who arrived in Syria on April 11, the Russian news agency RIA Novosti said.

"My children visited Artek last year. They started to better understand Russia after that trip," Sablin quoted Assad as saying.

Artek, a once dream destination for children from across the Soviet Union, is located on the Black Sea, in the town of Hurzuf on the Crimean peninsula. In 2015, it celebrated its 90th anniversary. It was seized by Russia during the annexation of Ukraine's Crimea in March 2014.

If you see a spelling error on our site, select it and press Ctrl+Enter
Tags:AssadoccupiedCrimea