Time to use the ‘i’ word 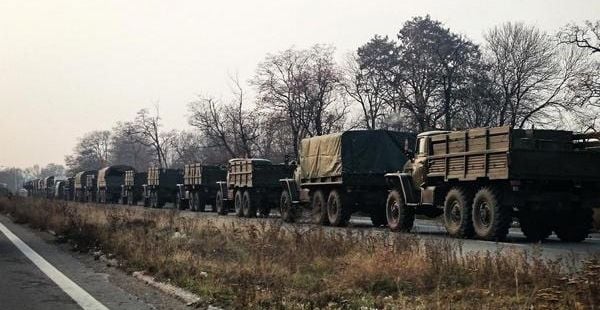 Breedlove is a military man, a fine general, who with his comments in the past has shown that he is fully aware of what is going on in eastern Ukraine. But he is also a politician of sorts – you don’t get to his position without being politically savvy. So he was careful not to use the word “invasion.”

In fact, Western politicians, particularly in the United States, have over the past few months been studiously avoiding letting this word slip their lips when commenting on Russia’s aggression against Ukraine.

“Incursion” was a favorite substitute.

But now it’s time to call things what they really are. Russia used soldiers in unmarked uniforms and unmarked military vehicles in Ukraine in March, when it invaded and then annexed Crimea. Over the past few days even the observers of the Organization of Security and Cooperation in Europe - whose apparently inability to spot Russian T-72B tanks roaring along the roads of Ukraine’s Luhansk and Donetsk regions has become something of a grim joke in Kyiv over the past few months – even they have reported large columns of unmarked military vehicles moving into the areas of Ukraine seized by Russian-backed militants.

It should be quite clear now to all in the West what is going on – it’s an invasion of Ukraine by Russia. The West, by failing to take a firmer stand against Russian aggression at the start of the Ukrainian crisis in March, has encouraged the aggressor, the bully Russia, to continue its attacks, which now threaten the very existence of the Ukrainian state as we have known it since 1991.

This is not, of course, the conventional type of invasion we’re all familiar with from the history books – a vast army sweeping into territory with overwhelming force, but rather a slow, steady, careful, stealthy takeover of another European state by an aggressive neighbor, using new tactics that combine covert military operations with brazen information manipulation, and a torturing of the meanings of words that would make Orwell shudder.

It should also be clear by now what Russia’s ultimate aims are, even though the West has not been sure how, when or even if, Russian President Vladimir Putin would go about achieving them. Having seized Crimea, Russia desperately needs a land corridor from Mother Russia to support the peninsula, and that corridor can only be the southern and eastern portion of Ukraine. The Russians even went as far as to invent another country, "Novorossiya” to justify their land grab.

Another probable aim of Russia is to dismember Ukraine, absorbing one half, and turning the rest into a supine client. By eliminating a politically independent Ukraine, the Kremlin is also less threatened by rebellious Ukrainians exporting their popular revolution to Russia, threatening its grip on power.

Even if it were the case that the West was not concerned for the fate of Ukraine, and were willing to see it torn in two for the sake of appeasing the Russian bear, it would still only be fair to Ukrainians for the West to acknowledge that “invasion” is the best-fitting word to describe what the country is being subjected to now.