The sacking is due to the "improper performance" on the post and not related to his wife having dual Russian citizenship, according to a report. 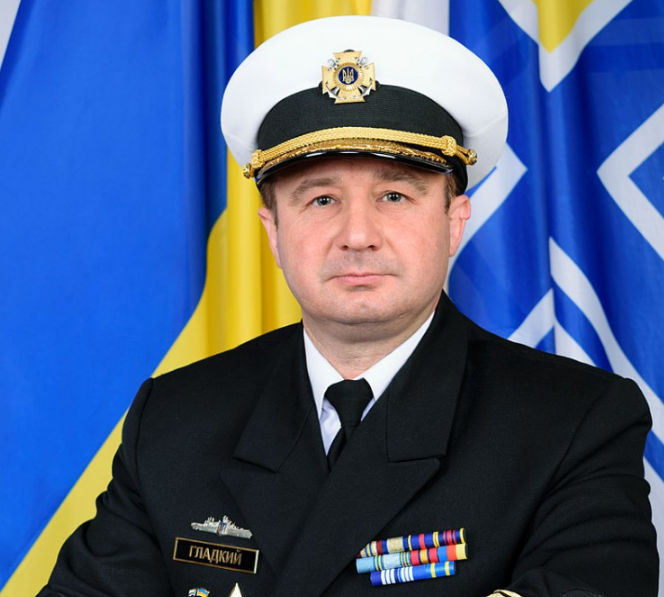 The Ministry of Defense has dismissed First Deputy Chief of the Ukrainian Navy Roman Hladkiy.

"In accordance with the submission received by the defense minister, a decision was made to dismiss First Deputy Chief of the Ukrainian Navy of the Ukrainian Armed Forces, Captain Roman Hladkiy," the ministry said.

Read alsoRussia boosts navy presence in Azov Sea, provocations possible – Ukraine militaryIt is reported that Hladkiy was dismissed due to the "improper performance" on the post.

"The assumption made by some media about other reasons for the dismissal does not correspond to reality," the ministry stressed.

Earlier, media reports claimed that the sacking was connected with the fact that Hladkiy's wife is a holder of a Russian passport.

If you see a spelling error on our site, select it and press Ctrl+Enter
Tags:UkraineNavydismissal