The distressed woman was simply trying to find out where the law enforcers had taken her son and never gor a response from the "victim" of a "verbal abuse." 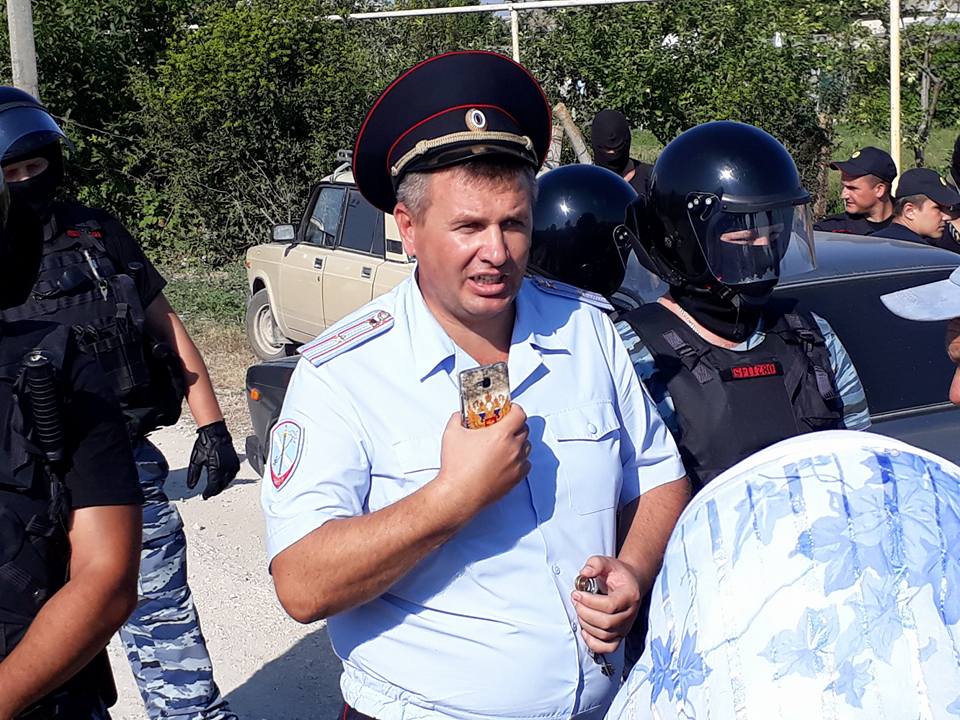 A 49-year-old Zarema Kulametova has been convicted in Russian-occupied Crimea of "insulting" a police officer on the day her son has gone missing for several hours after being apprehended by armed enforcement operatives.

The woman was sentenced to 250 hours of community service and ordered to pay RUB 20,000 in "compensation" to the officer who had claimed to have been "depressed" for several months over the insult, according to the Kharkiv Human Rights Protection Group.

While convictions on absurd charges as a form of intimidation have become a norm in the occupied Crimea, said case sets an ominous precedent where an enforcement officer sues for "compensation."

The woman's son, a 27-year-old activist Girai Kulametov, was taken away by law enforcers following a search in their home on January 18, 2018. Kulametov was one of two young men whose houses were searched that day, with both men having taken part in the single-person pickets on October 14, 2017, in defense of political prisoners.

Although the officers who burst into Kulametov’s home did admit that he was facing administrative, not criminal, proceedings, still, under Russian occupation, there have been a number of cases where Crimean Tatars were abducted and never seen again, or tortured by the FSB, and the hours of uncertainty would have been hellish.

It was during this period that Zarema  Kulametova went to the police station in hysterical distress, and that is where the incident with the "insulted" police officer took place. The woman denies charges, saying that her behavior that day was motivated solely by her wish to find out where her son was.

Read also"It's better to die": Ex-political prisoner Chiygoz on conditions in Simferopol's remand facilityThe "claimant," Lieutenant Andrei Rogozhin, who the woman assumed was a guard, never answered her repeated questions on where her son was. Not only did he fail to answer her but ostentatiously kept chewing his gum in her face and started filming her despite her distressful state, which she considers to have been “clear provocation.”

The Crimean Tatar woman acknowledges she should have kept her cool in that situation, but explains that this seemed impossible at the time as she had earlier seen her son being brutally taken away in an intimidating fashion, in front of her, his pregnant wife and their small children.

She says that at first they suggested that she "admit guilt" and they’d terminate the case and then, during one of the hearings, it was proposed that she apologize to Rogozhin.

She had nothing to admit to or apologize for and she refused.

Read alsoCrimean Tatars sacked from jobs for refusing to vote in "election" – lawyerThe so called court's willingness to allow a "compensation" claim is worrying.  In comments to Krym.Realii, Kulametova’s lawyer Emil Kurbedinov said that the claims made by Police Lieutenant Rogozhin should raise questions about his professional fitness.  Rogozhin asserted the two or three words that he had heard had thrown him into a depression which had supposedly lasted several months

Kurbedinov has said that they will be lodging an appeal against what he calls an absolutely lawless ruling.

If you see a spelling error on our site, select it and press Ctrl+Enter
Tags:RussiaCrimeaUkraineCrimeanTatarsoccupiedCrimearepression