Lavrov: Treaty on conventional armed forces in Europe is dead 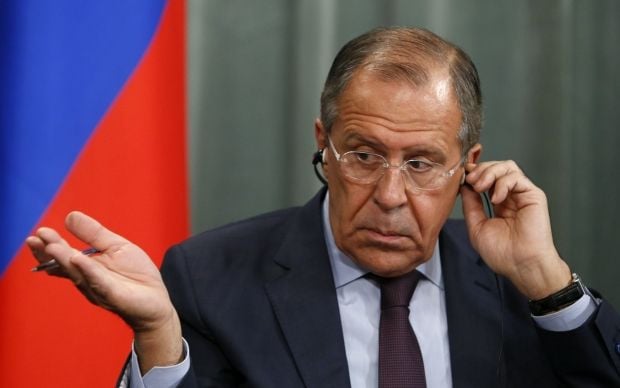 “Things are the same in Europe - NATO is not making any effort to draw up a new agreement to ensure equal security and protection of everyone’s interests,” Lavrov said.

“However, we are called on again to stick to the dead CFE treaty.”

This threatens to undermine strategic stability, which it took decades to achieve, Lavvrov said.

“The United States and their allies have made significant progress in developing a global ballistic missile defense system,” Lavrov said.

“They have put in place a powerful BMD system in Europe, which threatens strategic parity.

“Russia and Belarus have a similar attitude towards the decision taken at the NATO Wales Summit to increase military presence and infrastructure in NATO’s eastern members, and to step up military and training activities near these countries’ borders. They also have taken a similar position regarding current NATO policies that violate the 1997 NATO Russia Founding Act.

“Russia and Belarus believe it is important to reach agreement on delivering security in the Euro-Atlantic region, and will continue to be involved in efforts in that regard.”

On December 12, 2007, Russia imposed a moratorium on the CFE treaty on the grounds that the adapted CFE treaty had not been ratified by NATO members. Under the moratorium, Russia refuses to provide information to other treaty parties, to host and to carry out inspections, and to put limits on its conventional forces.