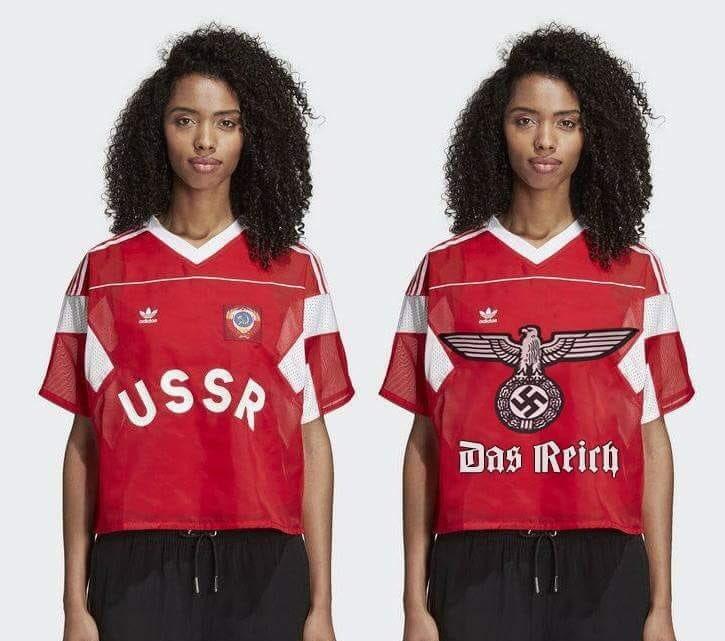 The $90 dress, released in anticipation of the 2018 World Cup, which is being hosted by Russia this summer, does not feature Russian national insignia, but instead has “USSR” emblazoned on the front, the Kyiv Post reports.

It also features a badge with the hammer and sickle symbol of the repressive Soviet totalitarian regime.

According to the Adidas website, the dress, and the accompanying replica 1991 soccer jersey, are made into “fashion forward statement pieces.” However, reactions online to the release of the items ranged from the bemused to outraged.

Lithuania’s Ministry of Foreign Affairs tweeted: “Being sick with “imperial nostalgia” – it still occurs. A bit surprising from the famous @adidas, though.”

Other Twitter users sarcastically suggested that Adidas should create an entire line of totalitarian attire options.

Twitter user Ievgen Olefirenko illustrated the point with a photoshop.

As UNIAN reported earlier, Ukraine's SBU Security Service of Ukraine early January 2018 said the agency was conducting an investigation as part of a criminal case into possible operations of Germany's DHL Express, Adidas AG, and Puma SE in the Russian-annexed Crimea.