Moscow wages a hybrid war not only against Ukraine, but also against the European Union, the United States and other countries. 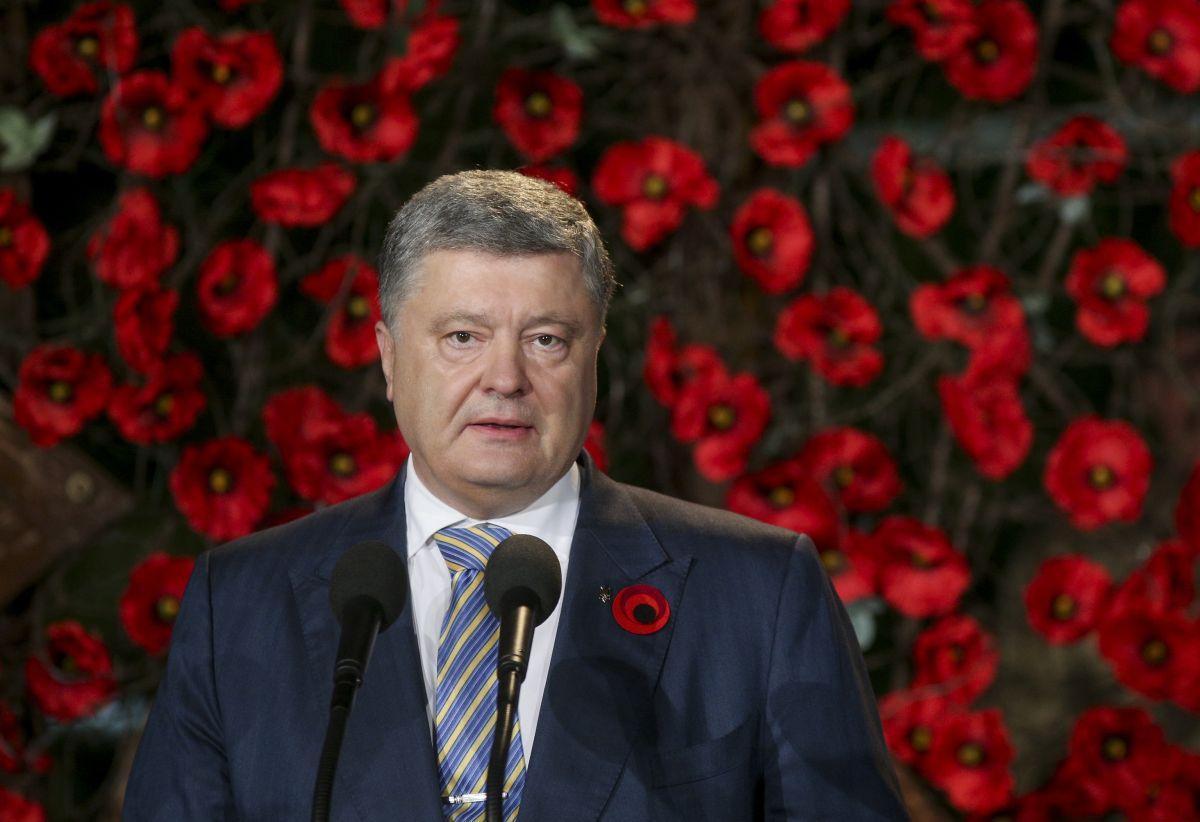 Poroshenko at the First Minute of Peace event / Photo from president.gov.ua

"Russia considers even the 'Immortal Regiment' as a genuine unit of the modern armed forces of Russia," he said during the First Minute of Peace event at the National World War II History Museum of Ukraine on the evening of May 8.

"Its mission is to participate in a hybrid war, which Moscow conducts in a variety of ways, and not only against Ukraine, but also against the European Union, the United States and other countries. Actually, against the whole world," he added.

Poroshenko says he understands the feelings of Ukrainians who want to honor the memory of their grandfathers and great-grandfathers who gained the victory in the Second World War.

"But I must once again warn fellow Ukrainians, those who have not fully understood all the nuances of Moscow's sly policy. The part that still believes Russian propaganda and its camp followers from the fifth column of various political forces within the country, the parliament and beyond. They do not think about you and your pride, your deep and grateful son's love for your heroic ancestors, but about their geopolitical imperial aggressive goals," he said.

"It must be admitted that the Kremlin psychologists are able to play with the natural emotions of people. I beg you, be careful," he warned.

"Immortal Regiment" events were held in such Ukrainian cities as Kyiv, Odesa, Poltava, Melitopol in Zaporizhia region, and others.

UNIAN memo. Bessmertny Polk (literally Immortal Regiment) is a Russian-registered propagandist non-governmental organization. It was founded by three Russian journalists in the town of Tomsk in 2011. Its original goal was to collect information about members of the armed forces and organize events to honor war veterans. After Russian aggression against Ukraine was unleashed, the organization became a propagandist tool and began to organize its events with the focus on the Great Patriotic War (1941-1945) outside Russia. It now works in 64 countries and regions.

Bessmertny Polk members participate in annual marches on Victory Day on May 9, they carry photos of their family members who were war veterans, resistance fighters, prisoners of concentration camps, survivors of sieges, and persons born in time of war. The organization also keeps a memorial log of their members' family stories on its website.

If you see a spelling error on our site, select it and press Ctrl+Enter
Tags:Russiahybridwarfare