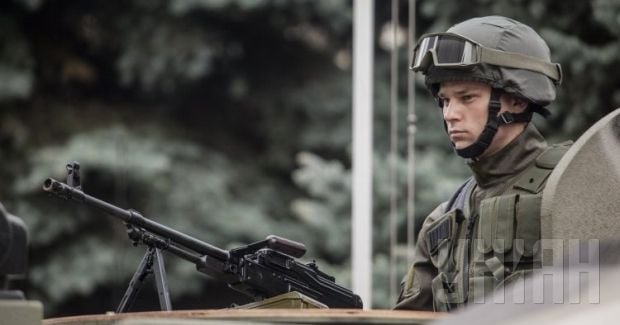 "In the near future the National Guard will have new types of weapons: the latest 12.7 mm heavy sniper complexes, as well as tandem charges for grenade launchers - extremely effective tools against the enemy’s armor. And there is something else that is not to be disclosed," Avakov wrote.

According to him, the integration of the Interior Ministry’s Azov special forces regiment into the National Guard is in full swing.

"The new structure represents a new standard for enhanced training, arming and manning. The regiment will be based in two places – Mariupol, and in Kyvv region," the minister said.

He thanked the soldiers for conducting "high-level counter diversionary and intelligence activities" in Mariupol, where they now are serving with the regular units of the National Guard "on the frontline with the militant occupying forces."

Furthermore, Avakov said that a new brigade of the National Guard recruited in Kharkiv was being deployed in the Donbas conflict zone, to replace National Guard units that are being rotated out of the zone after serving for one-and-a-half months.

The minister said the new troops were fully provided with ammunition and weapons.