The parties discussed the revival of the Ukrainian Donbas. 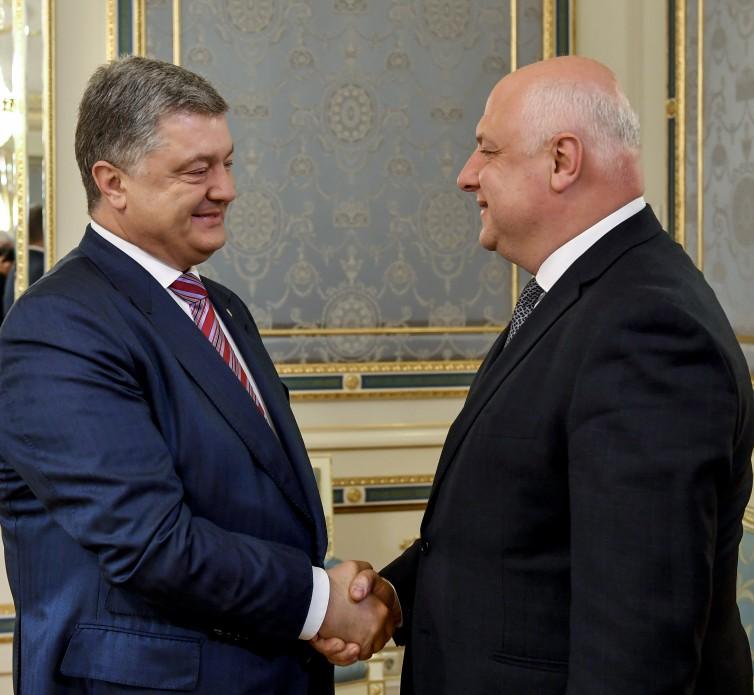 "The parties discussed ways of assistance to internally displaced persons and the revival of the Ukrainian Donbas. In this regard, the head of state proposes that each EU country prepares a targeted program of patronage over certain cities in the Ukrainian Donbas, contributing to their revival and restoration of the infrastructure," the presidential press service said in a statement on May 14.

Poroshenko thanked the OSCE PA President for the support of the Assembly in the fight against Russian aggression by adopting important resolutions. "The voice of the OSCE Parliamentary Assembly is very important in our joint efforts to stop the aggressor," the head of state said.

The officials also discussed the security situation in Donbas and the urgent steps to achieve progress in a peaceful settlement, in particular the initiative to deploy a UN peacekeeping mission to Donbas. They also noted the need to prolong sanctions against Russia until the full restoration of Ukraine's sovereignty and territorial integrity.

The Ukrainian president called on the OSCE PA to continue efforts to release Ukrainian political prisoners and hostages from Russian prisons.

Particular emphasis was put on the important role of the OSCE PA in the context of commemoration of the 85th anniversary of the Holodomor, in particular, the recognition by the national parliaments of the Holodomor as genocide against the Ukrainian people.

Tsereteli, in turn, shared his impressions from visiting Donbas and thanked the Ukrainian delegation in the OSCE PA.

If you see a spelling error on our site, select it and press Ctrl+Enter
Tags:DonbassanctionshostagesIDPsHolodomorOSCEPA