The Mikhail Kroshitsky Sevastopol Museum was "returned" to Ukraine. 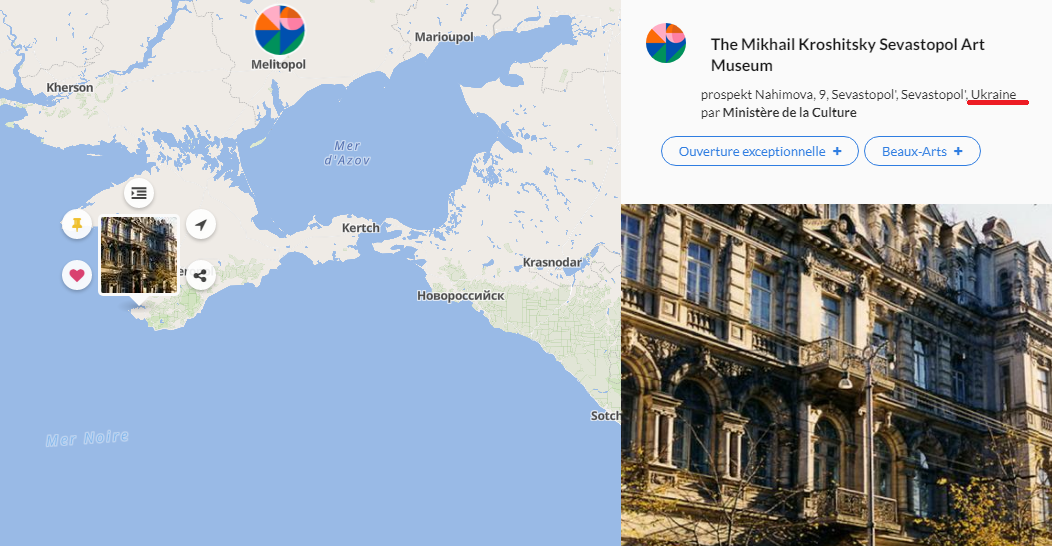 The Ministry of Culture of France has corrected a map on its official website were Ukraine's Sevastopol in the occupied Crimea was indicated as a Russian city.

As was earlier reported, the map showed the participants of the European Night of Museums 2018 with the description of museums and their addresses.

Noteworthy, the location of the Mikhail Kroshitsky Sevastopol Museum was indicated as 9, Admirala Nahimova Avenue, Sevastopol, the Russian Federation.

After a while, the information was corrected: Ukraine was marked instead of Russia.