According to the Russian Navy Main Command, the complex is being tested at the naval training ground in Feodosia. 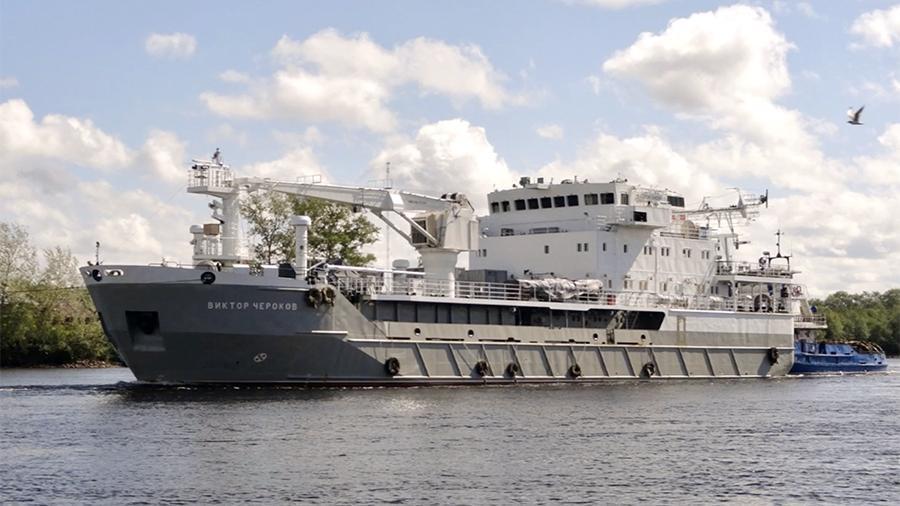 A new Klavesin-2 unmanned underwater robotic complex is being tested in occupied Crimea.

It has already received the official military index 2R52, which means a high degree of readiness for acceptance into service, as reported by Russia's Izvestia newspaper.

According to the Russian Navy Main Command, the complex is being tested at the naval training ground in Feodosia.

Klavesin-2 is the second generation of the Russian autonomous unmanned underwater vehicles. It is larger and more massive than its predecessor – Klavesin-1, which resembles a torpedo in appearance and size.

Externally, Klavesin-2 looks like a miniature submarine about seven meters in length and about one meter in diameter. The weight of the device is about four tonnes. The depth of submersion is up to 6,000 meters. It is believed it was possible to increase its autonomy due to the increase in size. Klavesin-2 can also carry more modern and perfect equipment than the first model.

Special nuclear submarines will be used to deliver the complex to the site. The drone will be separated from the carrier and will work according to a program. Its estimated range is up to 50 km. If necessary, the operator can give the underwater robot new tasks.

If you see a spelling error on our site, select it and press Ctrl+Enter
Tags:CrimeatestRussianNavydrones