It is noted Putin first talked with the builders of the bridge. 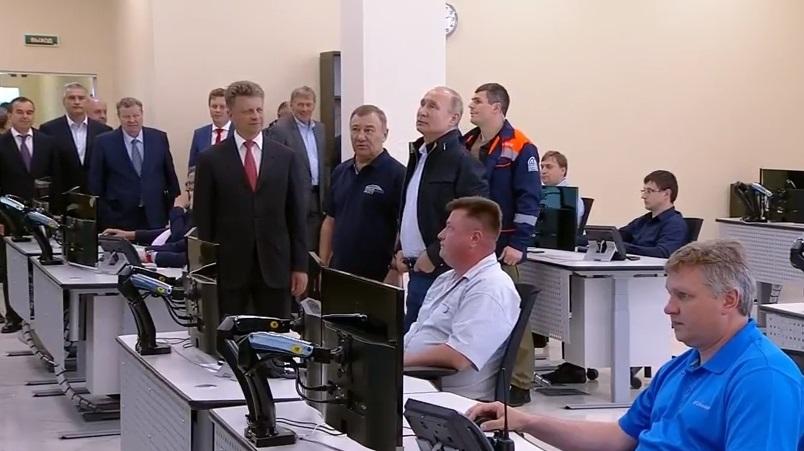 Russian President Vladimir Putin has attended the opening of the Crimean bridge.

Earlier, the occupation authorities announced he would personally take part in the ceremony.

It is noted Putin first talked with the builders of the bridge.

Being at the wheel of a Kamaz truck, Putin led a column of trucks. Before that, he got acquainted with the readiness of the Unified Traffic Control Center for the operation of transport passage through the Kerch Strait.

Motor traffic along the Crimean bridge will be opened at 05:30 on May 16. 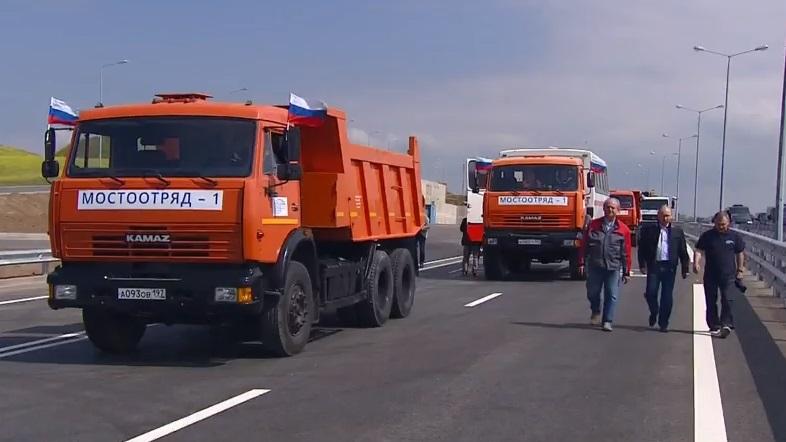 As UNIAN reported earlier, right after the illegal seizure by Russia of the Crimean peninsula, on March 19, 2014, Russian President Vladimir Putin voiced the need to build a bridge which would connect the territory with Russia's mainland Krasnodar Krai. Subsequently, Russian Prime Minister Dmitry Medvedev signed off an order to appoint Stroygazmontazh, a company owned by Putin's crony Arkady Rotenberg, as a general contractor for the project.

The Russian government planned to complete the pass over the Strait of Kerch before December 2018.

The Verkhovna Rada of Ukraine officially declared February 20, 2014, the date of the beginning of the temporary occupation of Crimea by Russia. Western states did not recognize the annexation of Crimea and imposed a series of economic sanctions against Russia. Moscow has denied any accusations of the illegal occupation of Crimea, calls its act "restoration of historical justice".

If you see a spelling error on our site, select it and press Ctrl+Enter
Tags:RussiaCrimeaPutinbridgeKerchStrait