Opening the bridge across the Kerch Strait is an attempt to legitimize the annexation of part of Ukraine's territory. 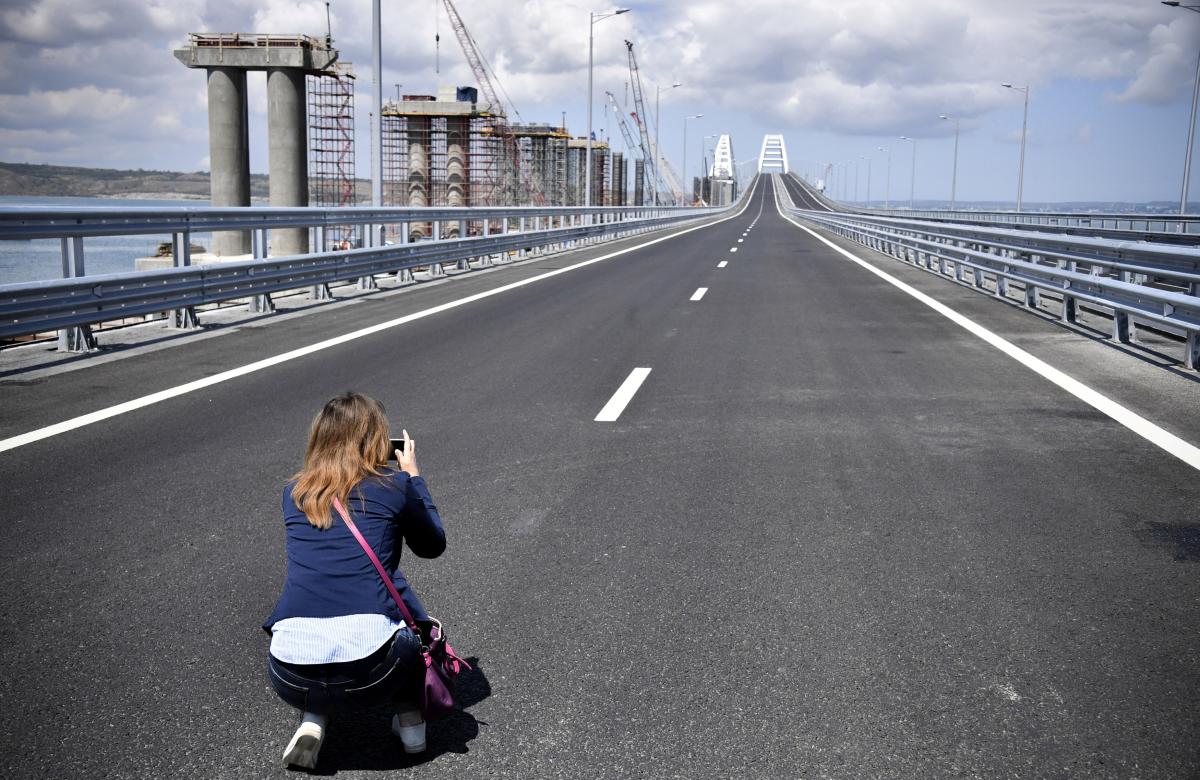 Ukraine's Ministry of Foreign Affairs has expressed its strong protest against the launch of the bridge across the Kerch Strait by Russia in occupied Crimea and once again stressed that the construction of this facility without the consent of Ukraine is unlawful.

"Such actions by Moscow fundamentally contradict the generally recognized norms and principles of international law, grossly violate the United Nations Convention on the Law of the Sea of 1982 and bilateral treaty obligations to Ukraine," the ministry said in a statement on May 15 when Russia officially opened the bridge.

Opening the bridge across the Kerch Strait is in fact an attempt to legitimize the annexation of part of Ukraine's sovereign territory against the backdrop of Russia's armed aggression against Ukraine and the temporary occupation of the Crimean peninsula, the ministry said.

"The construction of the bridge, like any other actions of the Kremlin's occupying authorities, in no way can change the status of the Autonomous Republic of Crimea and the city of Sevastopol as an integral part of the territory of Ukraine in its internationally recognized borders," the statement said. "The Russian Federation, as an occupying state, is fully responsible for the consequences of its internationally wrongful acts and will reimburse the harm caused."

The Ukrainian Foreign Ministry stressed that Ukraine would consistently work to expand national and international sanctions against individuals and legal entities involved in the illegal construction of the Kerch Strait bridge.

As UNIAN reported, Russian President Vladimir Putin announced the need to build a bridge across the Kerch Strait immediately after the annexation of Crimea in March 2014.

Originally, the bridge was expected to be built before 2018 and put into operation in the summer of 2019.