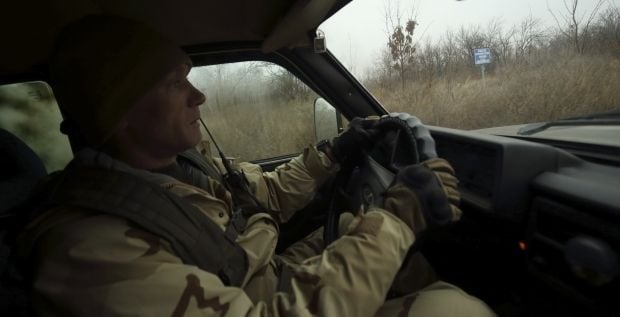 "Over the last day in the area controlled by the North Operational Command, no [serious] losses of personnel or military equipment were reported. Militants carried out 28 attacks on our positions, including six attacks with Grad BM-21 multiple rocket launchers, 11 by artillery,  seven by mortars, and four with small arms firearms, grenade launchers and tank rounds,”  the statement reads.

The statement noted that "[militant] fire was directed at personnel performing combat missions near the villages of Stanitsa Luhanska, Trekhizbenka, Shastya, and Olkhovoe."

Luhansk thermal power station was also hit by a salvo of Grad rockets, the press center said.  Artillery units were ordered to return fire to destroy the militants’ firing points.

"Despite the high intensity of the attacks conducted by the militants at platoon and company strong points, as well as at roadblocks, the morale of the Armed Forces of Ukraine remains at a high level, and they are ready to carry out their military tasks," the press center wrote.