The move is an important phase in the further development of the Ukrainian army. 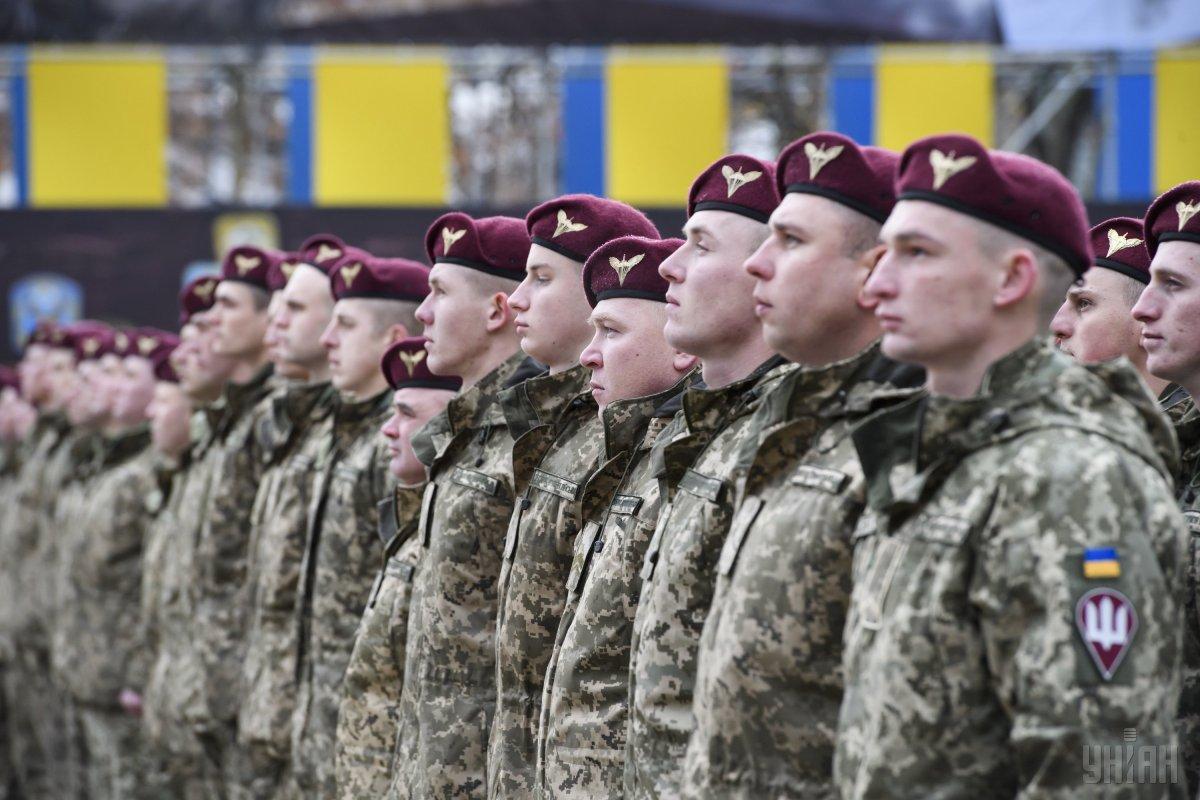 Ukrainian President Petro Poroshenko has signed a law under which Ukraine's airmobile forces of the Armed Forces of Ukraine were renamed the Air Assault Forces.

"Last November, we held an official event on St. Michael's Square in Kyiv. We changed the name, insignia, and uniform of your fellow soldiers – paratroopers. I take this opportunity to sign a bill into law adopted by the Verkhovna Rada [Ukraine's parliament] to amend certain legislative acts on defense issues related to airborne assault forces. The legislative act regulates the name of these glorious troops, that is the Air Assault Forces," the president said in Mykolaiv on May 23 on the 100th anniversary of the Naval Infantry, or the Marines.

Read alsoPoltorak: Up to two months needed for Russia to get ready for full invasion of Ukraine

Poroshenko stressed that the law is an important phase in the further development of the army.

The president earlier said that the Marines would wear green berets from May 23.

If you see a spelling error on our site, select it and press Ctrl+Enter
Tags:PoroshenkoarmyMarines