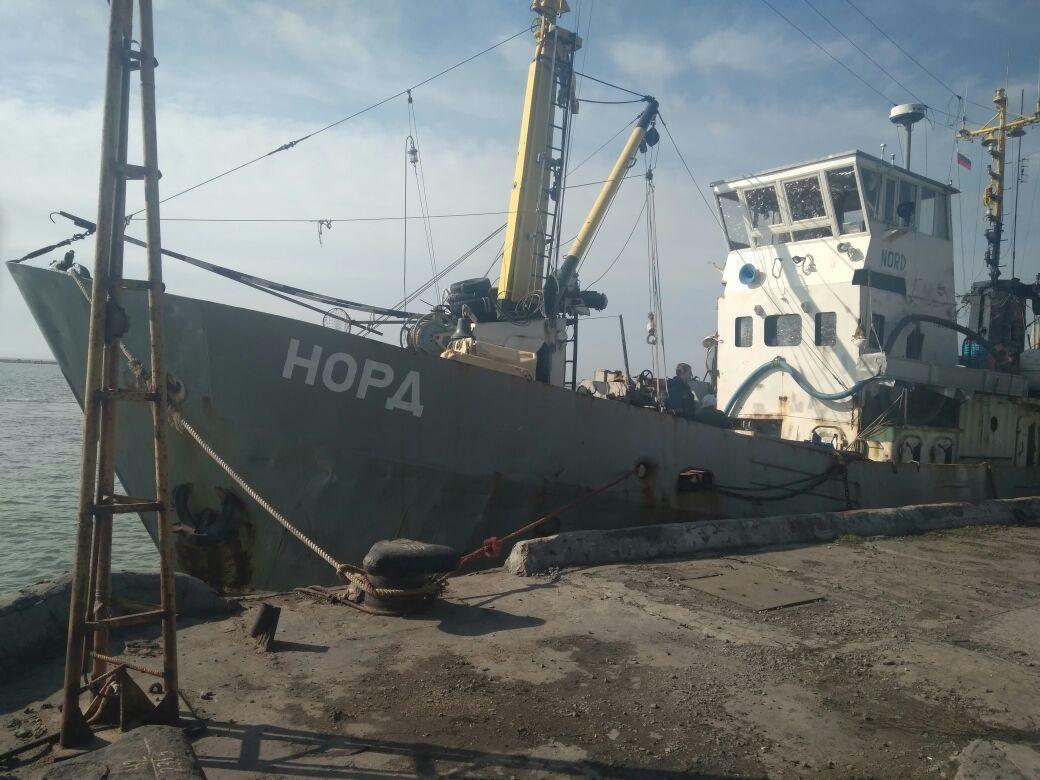 Russia has put Ukrainian border guards who detained the Russian-flagged, Crimean-registered fishing vessel Nord in the Sea of Azov on March 25 on an international wanted list.

"Of course, they are in Ukraine, but as soon as they cross the border, we will imprison them for acting the way Somali pirates do," Head of the "FSB branch in Crimea" Viktor Palagin said.

As UNIAN reported earlier, on March 25, Ukrainian border guards detained a fishing vessel called the Nord in the Sea of Azov that flew a Russian flag. The Prosecutor's office of Crimea opened a criminal case because the vessel came from annexed city of Kerch, a port officially closed by the Ukrainian government.

If you see a spelling error on our site, select it and press Ctrl+Enter
Tags: #Russia#Ukraine#ship#borderguards#fishing
Latest news