Czech President: Ukraine has to move to neutrality and ‘Finlandization’ 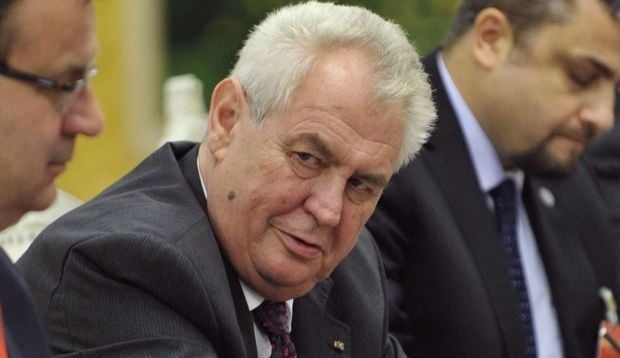 A spokesman of the Czech president explained “Finlandization” as referring to a state being subject to another country's foreign policy, while maintaining a neutral status.

"As for Ukraine, I have not changed my opinion that it should move to neutrality with what they call ‘Finlandization,’" Zeman said.

The term “Finlandization” has existed since the Second World War, and means the need for a country to tailor its foreign policy with a view to the policies of more powerful neighbor countries.

But representative of the Czech president Jiri Ovchachek has now given the term a different meaning.

"Finlandization is defined as the subordination of the other country's foreign policy, but with a neutral status," he said.

In addition, Zeman said that he agreed with German Foreign Minister Frank-Walter Steinmeier that Ukraine would never join NATO.

The president of the Czech Republic has made several pro-Kremlin and anti-Ukrainian statements in recent months. In particular, he described the destabilization of the situation in eastern Ukraine by Russian special forces as a civil war, and has opposed providing any assistance to Ukraine, military or financial.