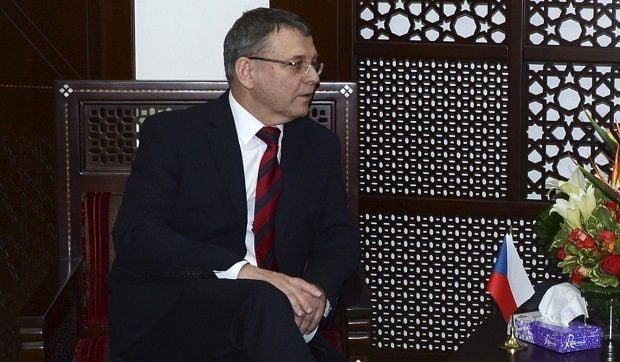 According to Radio Liberty, Zaoralek was speaking at a press conference in Prague about the statement by Czech President Milos Zeman that Ukraine should not become a member of NATO but remain neutral and subject to "Finlandisation" (a word commonly used to describe a partial abandonment of a country’s sovereignty in the interests of a more powerful neighbor in order to avoid a full undermining of the country’s sovereignty).

At the same press conference, Minister of Foreign Affairs of Lithuania Linas Linkevicius, who was on a visit in the Czech Republic, said he hoped that the days of one country telling another what to do were a thing of the past, as reported by the Czech news agency CTK. The Ukrainian issue dominated the agenda of the ministers.

Moreover, the agency reported that Zeman’s position concerning Ukraine has been rejected by the Deputy Prime Minister and Minister of Finance of the Czech Republic Andrei Babishov.

On November 25, during a visit to Kazakhstan, the Czech president once again supported the position of Russia on Ukraine’s non-accession to NATO, and at the same time calling for Kyiv to adopt "Finlandisation."

Zeman has made statements in support of the Kremlin before. The most controversial was his recent claim, made on Russian television, that "a civil war was raging in Ukraine," so there was no need to engage in "some kind of thinking about support, in particular economic support for Ukraine" under such circumstances.

In response, Zaoralek said that in his country the government is responsible for determining foreign policy, while the president should observe it