Savchenko is challenging the decision to prosecute and arrest her. 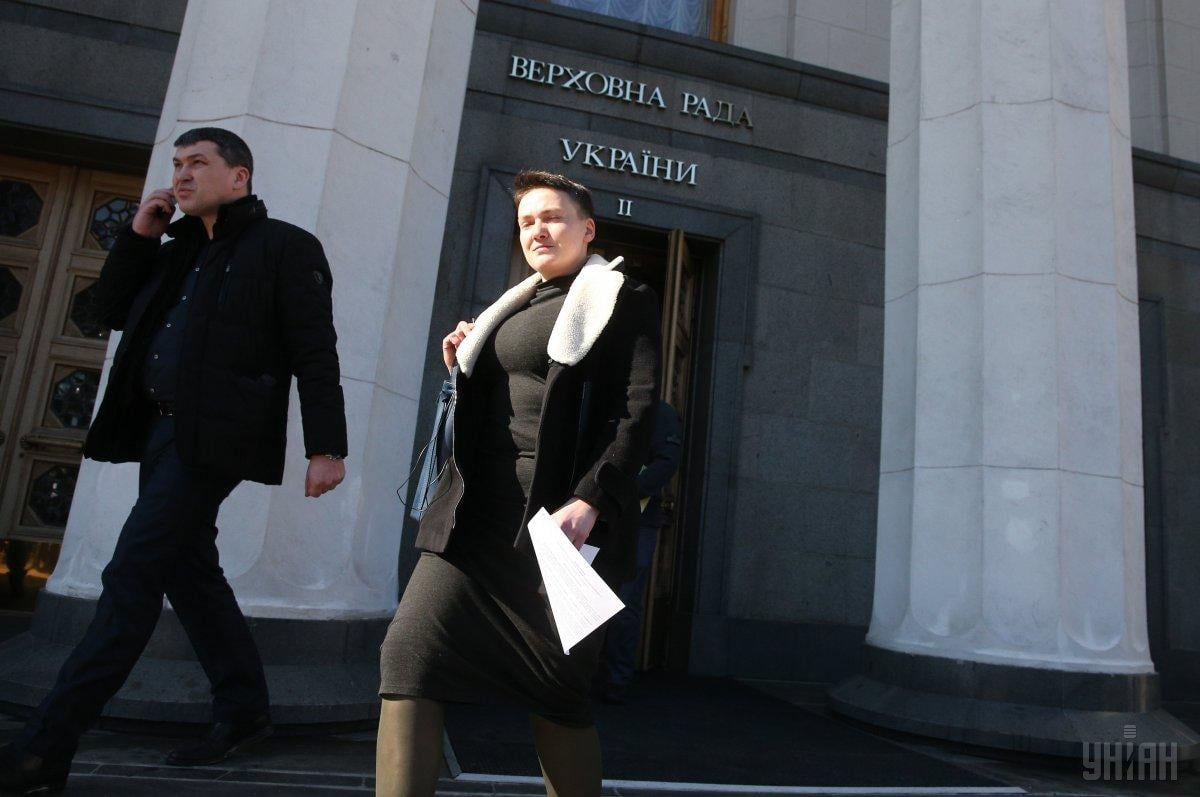 Ukrainian Member of Parliament Nadiia Savchenko, who has been arrested on charges of plotting a coup, has sued the Verkhovna Rada, Ukraine's parliament.

She appeals to parliament, demanding to recognize the decision to grant consent to bring her to criminal liability, detention and arrest as unlawful.

Her lawyer Constantine Globa has filed an administrative lawsuit in the Court of Cassation under the Supreme Court "on recognizing unlawful inaction of the subject of power and recognizing unlawful and abolishing decisions," as reported on the website of the political party "The community-political platform of Nadiia Savchenko."

"The respondent is the Verkhovna Rada. Nadiia is challenging the decision to prosecute and arrest her, which was shamefully and unlawfully voted by the parliament. It's worth mentioning that the case of Nadiia Savchenko is politically motivated and the arrest of an MP is not legal," it says.

On March 29, Kyiv's Court of Appeals upheld the decision of the first instance court to keep Savchenko behind bars for a period of 59 days until May 20. On May 15, the arrest was extended until July 13. Ruban will remain in custody until July 2.

If you see a spelling error on our site, select it and press Ctrl+Enter
Tags:lawsuitSavchenkoVerkhovnaRada